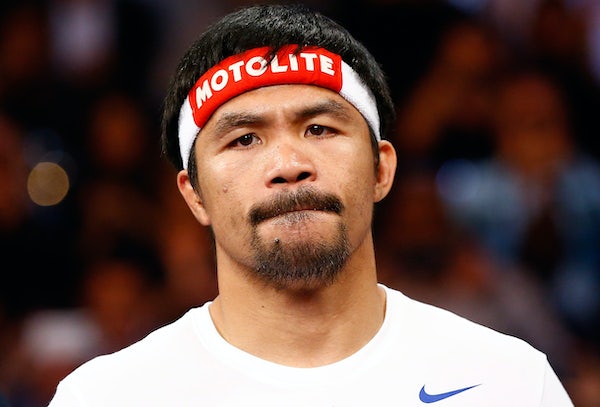 Nike cuts ties with Manny Pacquiao after he called the LGBT community “worse than animals.”

The celebrated boxer, who has been endorsing the company for over eight years, stated on TV, while campaigning for the Philippine senate, “It’s common sense. Will you see any animals where male is to male and female is to female?” (Just to note—the answer is yes. As Colin Dickey writes, “The belief that in the animal kingdom, of all places, we’ll find affirmation of human hetero-normativity, suggests a strange anxiety, and one bound to lead to disappointment.”) Later, Pacquiao apologized to people hurt by his remarks, although he stood firm in his beliefs.

This isn’t the first athlete Nike has dropped in recent years due to scandal—others include Adrian Peterson, after allegations arose that he abused his 4-year-old son; Lance Armstrong, after his doping scandal; and Michael Vick, who was convicted of dogfighting (although he was re-signed a few years later). Nike, which has a pro-LGBT campaign under the banner Be True, called Pacquiao’s comments “abhorrent.”