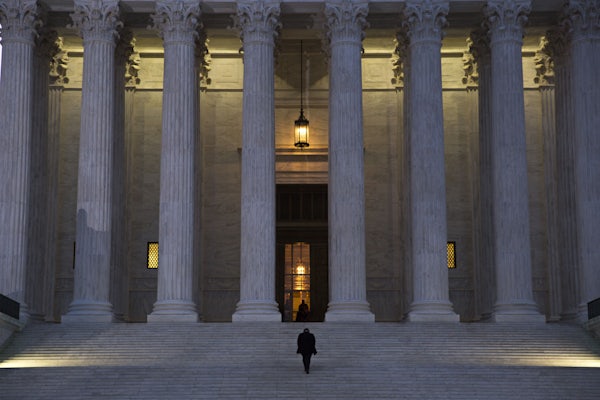 Have Republicans finally settled on a reason for blocking Obama’s Supreme Court nomination that makes sense?

They have tossed, unconvincingly, everything at the wall to see what sticks: that the president is violating a “tradition” of declining to make Court nominations in election years; that voters should have their say, even though they technically did have their say in 2012; that there is altogether too much “brouhaha” going on to conduct what will be a divisive Senate confirmation process.

Writing in The Weekly Standard, Terry Eastland lays out the real reason, one that makes sense in the waning days of the Obama era, which may one day be seen as the denouement of a decades-long erosion of the norms and informal agreements that undergirded America’s once-functioning political system. After establishing that the Constitution in no way requires the Senate to hold hearings on Obama’s nominee, Eastland comes out with it: “At the end of the day, that nominee will be part of a Court majority that will accelerate the liberal judicial project.”

This is all it boils down to, preventing the other side from winning, and this line of reasoning has the benefit of not insulting anyone’s intelligence. The really unfortunate aspect of this brutal logic, however, is that it can be extended beyond 2016, into the next term, which could very well see a Democrat in the White House and a Republican Senate. What then?