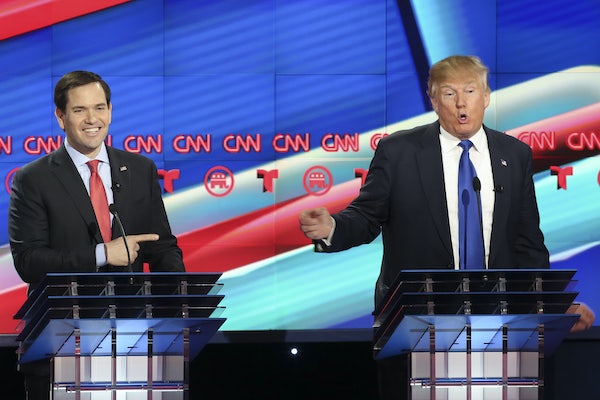 Can Marco Rubio do any better in this debate than he did in the last one?

Rubio’s performance last debate was pretty much perfect: He threw the kitchen sink at Trump and kept him on the defensive for most of the night.

And Rubio got next to nothing out of it. Sure, he won Minnesota on Super Tuesday, but he missed the delegate threshold in a number of key states, including Texas, and is currently over one hundred delegates behind Ted Cruz.

It’s hard to imagine a scenario in which Rubio does better than he did in the last debate. Trump should be ready and Cruz will almost certainly break rank and criticize Rubio for staying the race despite having only won one state. Cruz, after all, knows that his only path to the nomination involves Rubio (and John Kasich) dropping out.

But it may not matter if Rubio does well at all. If the last debate proved anything, it’s that even a good debate performances doesn’t do much to stop Trump.