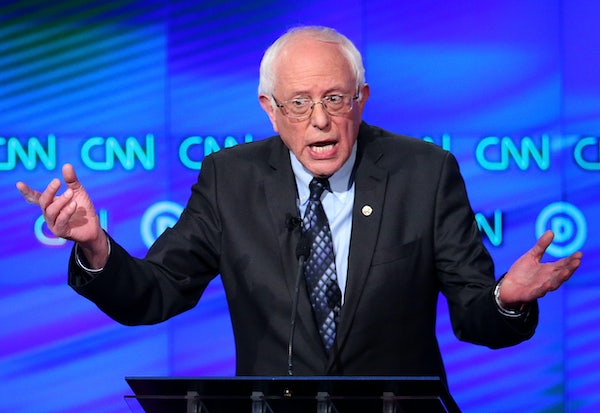 Will testiness pay off again for Bernie Sanders?

Compared to the name-calling and penis talk of the Republican side, the Democrats have had remarkably civil and respectful debates heading into tonight’s showdown in Miami. Although Bernie Sanders has raised questions about Hillary Clinton being paid to give speeches to Wall Street firms and relying on super PACs, he has been notably reluctant to make any personal accusations against the frontrunner, and even famously gave her a pass on the perceived email scandal that other candidates might have jumped on.

But there are signs that the wall of civility is cracking. In Sunday’s debate in Detroit, Sanders was notably testy. He was even accused of being “arguably sexist” for talking over Clinton at times.

Yet the more aggressive Sanders of the last debate didn’t seem to bother voters, who gave him a surprise victory in Michigan. So the lesson Sanders might have learned, ahead of next Tuesday’s big primaries, is that a little abruptness might be a good thing. Expect to see more of that as he continues to try and overturn the apple cart of Clinton’s front-runner status.