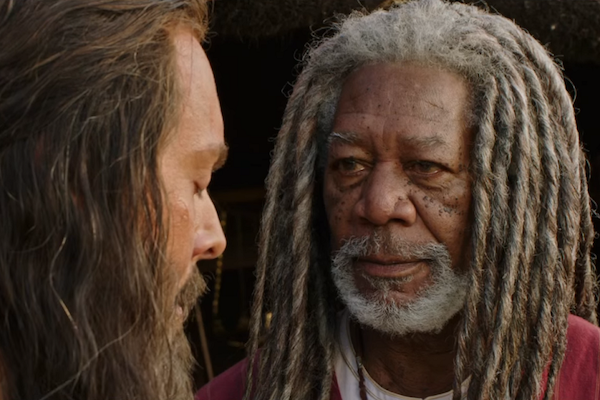 The best part of the new Ben-Hur trailer is Morgan Freeman’s hair.

Now that we’ve accepted that Hollywood is really actually remaking Ben-Hur, let’s think about how ridiculous the story of Ben-Hur: A Tale of the Christ (yes, that is its full title) is in the first place.

Judah Ben-Hur is a Jewish prince who is enslaved by the Romans and betrayed by his childhood friend, the evil Roman Messala. Ben-Hur escapes slavery and vows to exact revenge on his former surrogate brother, which, in classic Roman style, means beating him in an epic chariot race that George Lucas certainly watched 100 times before coming up with podracing. It’s Ben-Hur vs. Messala, Jews vs. Romans, and somewhere along the way Jesus gets involved. (The last third of the movie is all about the crucifixion.)

The 1959 adaptation, which was itself Hollywood’s third version, was the most expensive movie ever made to that point, famous for its lavish production values and spectacular sets. The gamble paid off: Ben-Hur became a massive box office hit and won eleven Oscars (a record never surpassed and only tied by Titanic and The Lord of the Rings: The Return of the King). But today, when special effects and massive production costs are the norm, does that sound like a movie you’d pay to see?

What I want to know is, who’s playing Pontius Pilate?