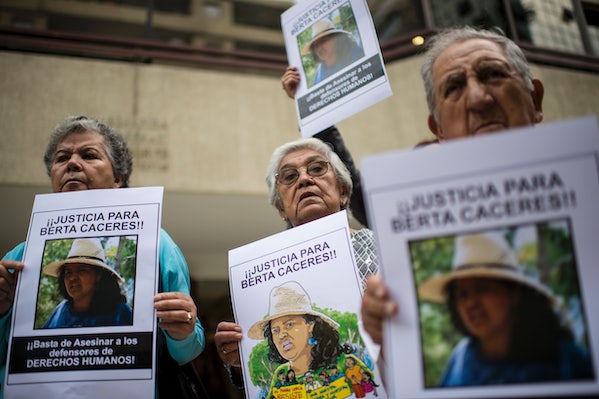 Last year saw the most killings of environmental activists on record.

A report released today by Global Witness, an organization that investigates corruption related to natural resources, announced the record 185 killings—an increase of 59 percent from 2014.

The deaths occurred in 16 countries, the majority of which are in Latin America and Southeast Asia. Brazil, the Philippines, and Colombia topped the list. Indigenous people made up nearly 40 percent of the victims. In countries rich in natural resources like oil, wood, or mineable materials, indigenous lands are often seen as exploitable, as Global Witness explains, because of “weak land rights and geographic isolation.” Billy Kyte, the author of the report, told The Washington Post that the deaths were likely just “the tip of the iceberg,” because deaths go unreported in these countries and many occur in remote towns or rainforests.

In March of this year the assassination of high-profile Honduran activist Berta Cáceres further illuminated the persistent dangers that haunt indigenous and environmental activists throughout the world. The United Nations has also taken note. “The pattern of killings in many countries is becoming an epidemic,” said Victoria Tauli-Corpuz, special rapporteur on the rights of indigenous peoples, while visiting Brazil this year.