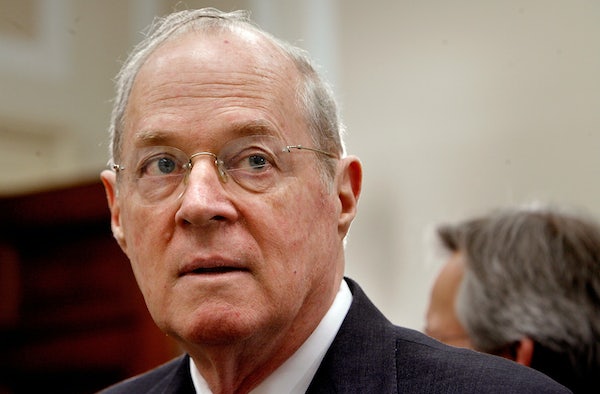 The Supreme Court today upheld the affirmative action program at the University of Texas, ruling that it is constitutional to admit some students on the basis of their race.

Four justices, including, crucially, Anthony Kennedy, voted to uphold; the three conservative justices dissented; and Elena Kagan recused herself, presumably because of the work she did on the case as President Obama’s solicitor general. Kagan’s recusal underscored the other crucial factor: Antonin Scalia’s absence, depriving the conservative wing with what would have been a tying vote.

The case, Fisher v. University of Texas, has been kicking around for years. The original plaintiff, Abigail Fisher, was rejected from the university and said the program discriminated against white people like her. In 2013, the Court essentially punted. The case returned after another round in the lower courts, and there were fears that the Roberts Court would use the opportunity to gut affirmative action.

Lo and behold, Kennedy has now sided with the Court’s liberal wing. (Kennedy dissented in Grutter v. Bollinger, the famous 2003 case that upheld the affirmative action program at the University of Michigan Law School.) Kennedy’s majority opinion is heavy on racial composition data and the details of UT’s unique two-tiered system, showing how the program attempts to achieve the goal of diversity through a narrowly tailored system that also maintains “the constitutional promise of equal treatment and dignity.” The opinion doesn’t conclude with the kind of lapidary declarations Kennedy likes to append to his major decisions; instead, it warns that the university must remain vigilant in ensuring that the program doesn’t tip into unconstitutional territory.

But at least Kennedy recognized the validity of ensuring greater diversity in the university system, which the Court has sanctioned in the past. Justice Samuel Alito, writing the dissent, said the university had “still not identified with any degree of specificity the interests that its use of race and ethnicity is supposed to serve.”