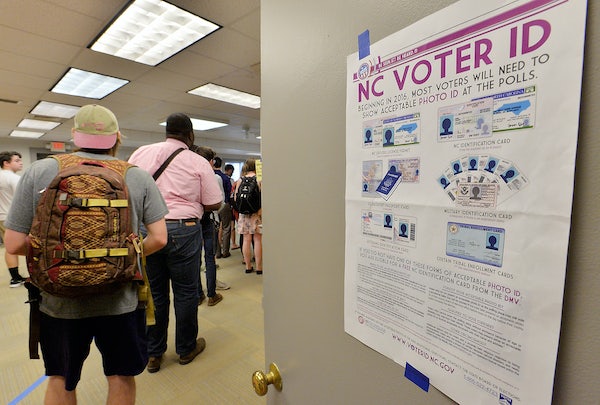 Three judges from the Fourth Circuit Court of Appeals overturned the law, which was passed in 2013 ostensibly to combat voter fraud. “Voting in many areas of North Carolina is racially polarized,” wrote Judge Diana Motz, “we can only conclude that the North Carolina General Assembly enacted the challenged provisions of the law with discriminatory intent.”

The ruling went on to say that the law attempted to remedy problems that did not exist, instead targeting a demographic that overwhelmingly votes Democratic. This is the fourth time in less than two weeks that courts have overturned voter suppression measures passed by Republican state legislatures.