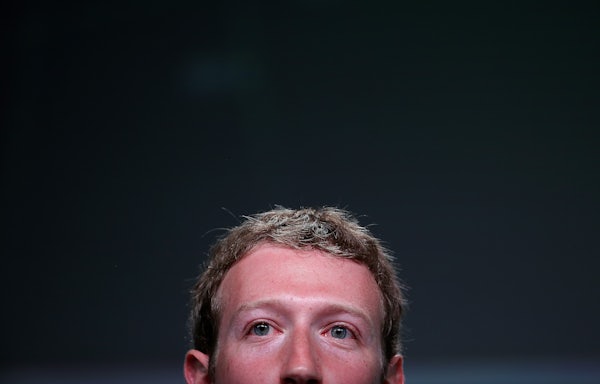 The country does not need President Mark Zuckerberg.

The Facebook head has announced a sudden and atypical interest in the world outside Silicon Valley’s hermetic borders. The Guardian reports that he intends to visit 30 states by the end of 2017, stoking speculation that he’s planning some sort of foray into politics. Zuckerberg also articulated a vaguely political purpose for the trip in a statement:

“For decades, technology and globalization have made us more productive and connected. This has created many benefits, but for a lot of people it has also made life more challenging. This has contributed to a greater sense of division than I have felt in my lifetime. We need to find a way to change the game so it works for everyone.”

In December, Bloomberg reported that Zuckerberg had lobbied Facebook’s governing board for concessions that would allow him to serve a two-year term in government without losing control of the company he co-founded. That could mean he’s interested in running for a seat in the California state assembly or the U.S. House of Representatives, but a 30-state tour implies grander goals.

So too does his recent announcement that he no longer considers himself an atheist. Atheism probably wouldn’t hurt him in a local race; Silicon Valley isn’t exactly the Bible Belt. But as the Guardian notes, it’s still a liability to anyone seeking national office. Zuckerberg hasn’t identified his new religious affiliation. If he does, pay close attention to what it is and how he frames it.

At any rate, Zuckerberg should not run for national office. If he possesses a coherent political philosophy there’s no evidence of it. He didn’t even have the moral backbone to oppose Peter Thiel’s presence on his company’s board. His milquetoast approach to diversity and his technocratic affect would alienate both progressive voters and that much-vaunted white working class.

He doesn’t need to enter government to improve the lives of the Americans his technological revolution has left behind. He can start that project at home, by, say, campaigning for affordable housing in the Valley. But this is hardly conducive to his interests. He is a businessman, after all, and the change we really need won’t be one that feeds his bank account.