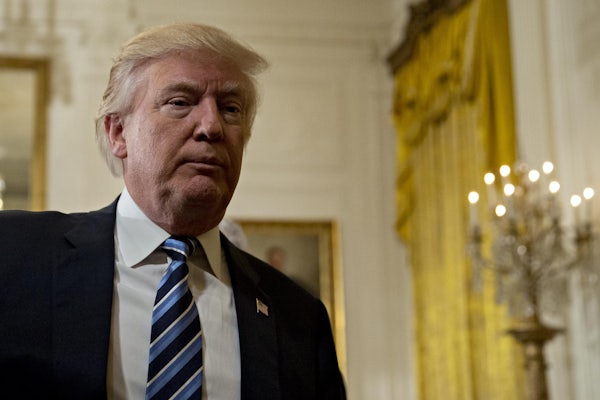 Trump’s aides are going to have a tough four years.

There’s something almost comforting in reading about them privately griping about Trump’s penchant for making things worse, for his total inability to deal with slights (real or perceived) in an adult fashion, and for his all-consuming and Nixonian resentment. These stories were a hallmark of a simpler time—the 2016 campaign—when two or three would be published a month.

On Sunday, The New York Times published a long and well-sourced piece in which people close to Trump express their displeasure about the first few days of his administration.

The lack of discipline troubled even senior members of Mr. Trump’s circle, some of whom had urged him not to indulge his simmering resentment at what he saw as unfair news coverage. Instead, Mr. Trump chose to listen to other aides who shared his outrage and desire to punch back. By the end of the weekend, he and his team were scrambling to get back on script.

It’s abundantly clear that Trump has no intention of getting out of “campaign mode” anytime soon or of honoring the conventions of the presidency. Trump lying repeatedly in front of the CIA’s vaunted Wall of Stars, and Sean Spicer getting all hot and bothered about accurate media coverage, are both damaging to the institution of the presidency—but damaging institutions is what Trump is all about. Same goes for punching back (remember Khizr Khan?). The 2016 election still hasn’t really ended.

One reason why Trump is still in campaign mode is that he can’t get over the campaign itself. Attacks on his legitimacy affect him profoundly, and seem to result in unforced errors from him and his staff. Every time Trump is reminded of the fact that he did not win the popular vote, is not popular, had a relatively small inaugural crowd, and/or won the election with the help of a foreign power, he flies off the handle. For Democrats, attacking Trump’s legitimacy should be the tip of the spear, causing him to discredit himself while they (hopefully) build a sustainable political infrastructure.