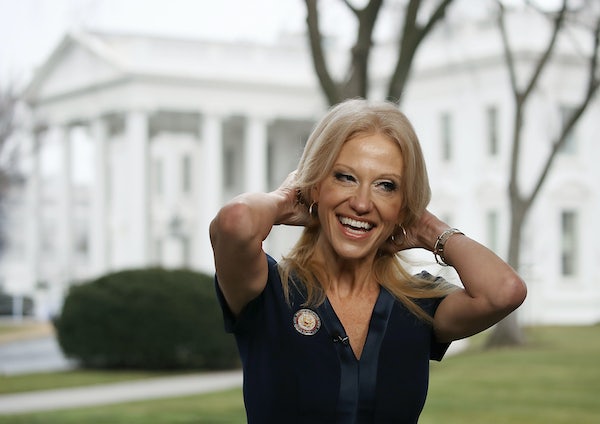 Kellyanne Conway broke an ethics rule, and she’ll get away with it because her boss is even worse.

Conway, counselor to President Donald Trump, made a sales pitch for Ivanka Trump’s clothing line on Thursday, saying on Fox News, “I’m going to give it a free commercial here. Go buy Ivanka’s stuff.” As The Washington Post reports, Conway’s words seem to be a clear violation of ethics rules against federal employees publicly endorsing products or services:

“I don’t see what their defense is,” said Noble, who is also former counsel for the Federal Election Commission.

“She did this on television. She was very clear it was advertising. Hopefully at the very least they will acknowledge this is wrong.”

Noble is being naive in his hope. The institution responsible for holding Conway to account is her immediate employer, the White House. Press secretary Sean Spicer said that Conway “has been counseled,” but it’s more likely that Trump—who’s embroiled in many ethics violations himself—will praise Conway than discipline her.