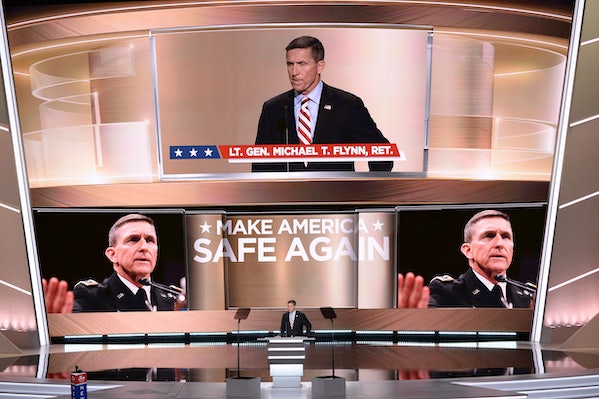 “There’s nothing that the general did that was a violation of any sort,” Spicer said, less than 24 hours after Flynn was forced to resign amid an outcry over reports that he’d misled the administration about discussions with Russian ambassador Sergey Kislyak during the transition. “What this came down to was a matter of trust.”

The FBI might take issue with that. According to the New York Times, the FBI interviewed Flynn about his discussions with the Russian ambassador shortly after inauguration, but before Justice Department officials warned the White House that Flynn might be compromised.

While it is not clear what he said in his F.B.I. interview, Mr. Flynn maintained publicly for more than a week that his conversations with the ambassador were innocuous and did not involve Russian sanctions, something now known to be false.

The strong implication is that Flynn lied to the FBI. To believe otherwise, you must assume Flynn discussed U.S. sanctions with Kislyak, then lied about it publicly and to colleagues, then told the truth about it to the FBI, then lied about it some more. Not likely. Lying to the FBI alone places him in serious legal jeopardy. The questions is what he finally cops to, and whom he implicates, if and when he’s caught.