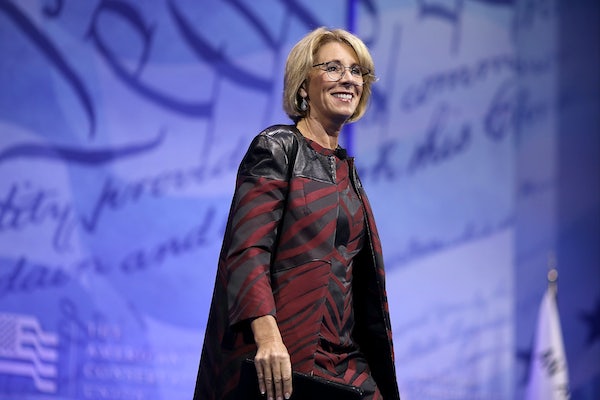 Betsy DeVos seems confused about what “civil rights” are.

The education secretary, who reportedly opposed President Donald Trump’s reversal of Obama-era federal guidelines for transgender students, defended her eventual support for the move during an appearance at CPAC on Thursday. “This issue was a very huge example of the Obama administration’s overreach,” she said.

And yet, DeVos also cited civil rights protections as a key part of her agency’s mission. “I think the role of the federal government should be as light a touch as possible,” she said, but added that “the areas in which the Department of Education has an important role are really around the needs of special needs students and around some of the civil rights issues.”

LBGT students, under greater threat thanks to the Trump administration, can only hope that reports are true about the education secretary’s private advocacy for their cause. Yet her public remarks on Thursday suggest something less hopeful: that her conservative fealty to “states’ rights” overrides her nominal tolerance.