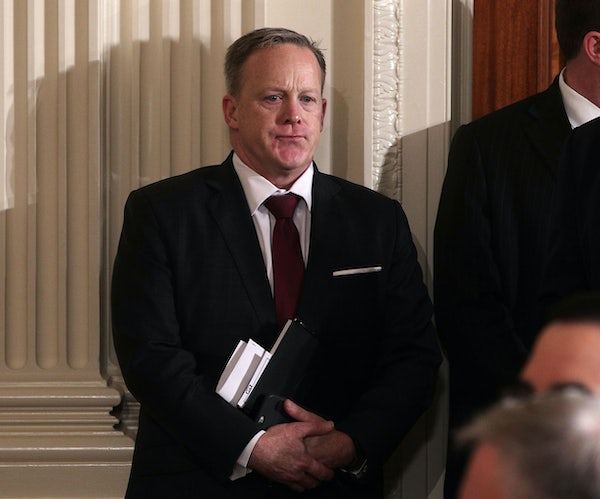 The press secretary just had a very bad weekend. In an attempt to find out who has been leaking stories to the press, Spicer made his staffers dump their phones out on a table for lawyers and him to look through—a move that was quickly leaked to the press. When asked about the incident this morning in an interview with the smitten hosts of Fox & Friends, Trump told them, “I would have handled it differently than Sean.” He asserted that he would have had “one-on-one” sessions with suspected leakers. At these sessions, he might have done things that were “a hell of a lot worse” than checking their phones. In what could be described as the worst performance review compliment sandwich ever, Trump did at least grudgingly admit that “Sean Spicer is a fine human being.” (Not true.)

Trump is clearly angry that the leaks are still happening, and it looks like Spicer’s miserable life is not going to get any less miserable any time soon. Of course, people are more likely to leak stories to the press when their bosses are being horrible to them. And at the White House, it’s horrible bosses all the way down.