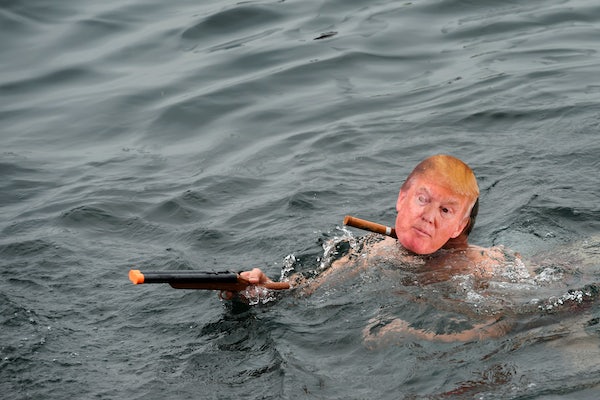 Axios has obtained a draft executive order slated for Tuesday that starts the long process of gutting one of President Barack Obama’s major rules to protect American waterways. The order directs EPA Administrator Scott Pruitt to begin rescinding the Waters of the United States (WOTUS) rule, a controversial regulation that gave Clean Water Act protections to 2 million miles of streams and 20 million acres of wetlands that link to drinking water systems across the country.

The Obama administration, environmentalists, sportsmen, and craft beer companies loved this rule, because one-third of Americans get their drinking water from sources connected to these smaller water sources. But the rule also saw unprecedented opposition from not the fossil fuel industry, farmers, ranchers, small business groups, and real estate developers who said the rule gave the feds too much control over really small bodies of water.

As it stands right now, though, the rule was not being implemented anyway. It was stayed by the U.S. Court of Appeals for the Sixth Circuit in 2015. And under Trump, the Justice Department will no longer defend the rule, according to Axios. This comes two weeks after Trump repealed an Obama-era regulation restricting coal companies from polluting waterways with mining waste.