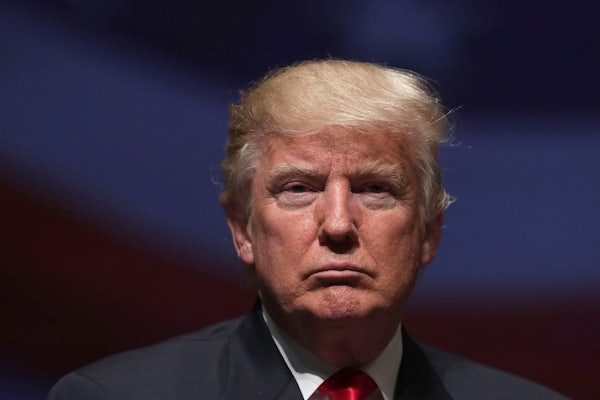 Stop saying Donald Trump is a master strategist. He has no idea what he’s doing.

Over the weekend, shortly after Trump tweeted without evidence that Barack Obama had tapped his phones during the election, linguist George Lakoff’s taxonomy of Trump tweets began circulating.

The conventional wisdom when it comes to Trump’s Twitter feed is that Trump is playing chess—that his tweets are calculated for effect and that he uses social media to shape crucial political narratives. There is some truth to this, maybe. But Trump’s tweets over the weekend proved that he is not playing chess or 3-D chess or even checkers.

In these tweets, you see three elements that make up most of Trump’s tweets: 1) He is reacting to a baseless allegation he ingested from conservative media, in this case a Breitbart article; 2) He is giving expression to a long-held grievance, in this case his hatred for Barack Obama; and 3) He is motivated entirely by short-term political calculation. The narrative had been centered on his campaign’s remarkable connections to Russia for the past several days, and he wanted to change that. According to The Washington Post, “Trump was brighter Sunday morning as he read several newspapers, pleased that his allegations against Obama were the dominant story, the official said.”

But this is insane. By making such a bombastic claim, Trump foolishly put himself and his administration in serious jeopardy. Kellyanne Conway claimed on Monday that Trump had highly classified information—“He’s the president of the United States. He has information and intelligence that the rest of us do not”—but this is clearly not the case. If Trump had somehow uncovered a Watergate-level conspiracy to harm his political prospects, that would be reason enough to show receipts.

After waiting 24 hours, his team called for Congress to investigate—clearly a fishing expedition to find a shred of evidence it can hold up as proof that Trump wasn’t just making shit up. “White House sources acknowledge that Trump had no idea whether the claims he was making were true when he made them,” reported the Weekly Standard.

Donald Trump is a jumble of contradictory impulses. He’s all noise and no signal. Six weeks into his presidency, it’s clearer than ever that he has no idea what he’s doing.