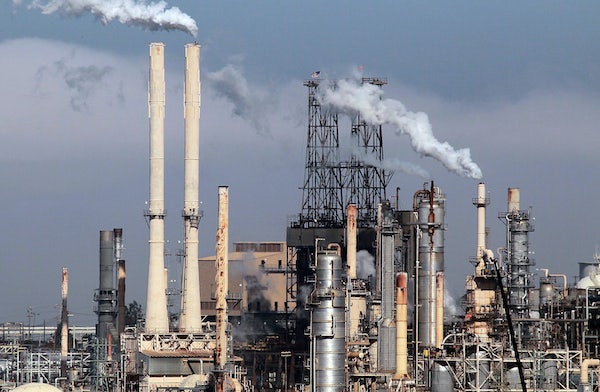 Another U.S. oil company wants Trump to stay in the Paris climate agreement.

ConocoPhillips CEO Ryan Lance on Tuesday told reporters that “it would be good for the U.S. to stay in the climate agreement,” Axios reports. Lance joins Rex Tillerson, the former ExxonMobil CEO and current secretary of state, in calling on President Donald Trump to remain in the 194-nation treaty, a position expressed by several other (mostly European) oil and gas company heads over the years.

Trump is weighing whether to remove the U.S. from the Paris agreement, which world leaders have described as “the best chance we have” at stopping catastrophic global warming. Though it may seem surprising that fossil fuel companies would agree to further limits on carbon emissions or leaving oil in the ground—which the agreement would make them do, eventually—they clearly believe it’s in their economic interest to support the agreement. As The Hill notes, “The agreement could be extremely beneficial to oil companies, particularly if the countries involved forego coal-fired power and switch to natural gas, which numerous utilities worldwide are doing.”

Trump has made a point to be friendly with the oil and gas industry, so much so that on Monday the White House issued a press release that contained exact language from an ExxonMobil press release. Here’s hoping Trump also copies the company’s stance on the Paris agreement.