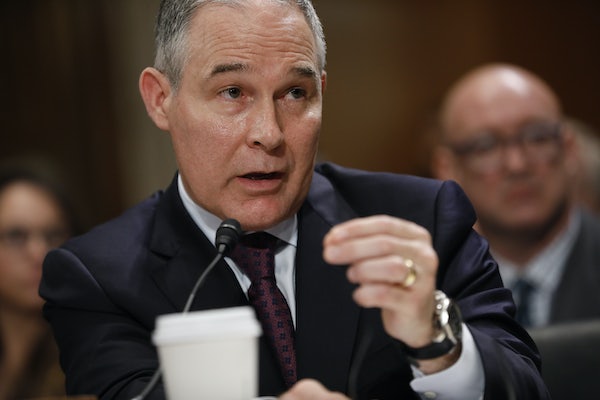 Last week, the new Environmental Protection Agency administrator did something no predecessor has done since the 1980s: He explicitly denied the science of global warming. This riled up climate scientists, 28 of whom (plus one Nobel Laureate chemist) sent Pruitt a letter explaining why he should accept the scientific consensus of human-caused climate change. They added that they were “deeply troubled” by Pruitt’s refusal to accept that truth.

The letter is not the first Pruitt has received from scientists since he told CNBC’s Joe Kernan last Thursday that carbon dioxide is not “a primary contributor to the global warming that we see.” On Monday, the American Meteorological Society forwarded a letter to Pruitt with its official position that climate change is caused by greenhouse gas emissions. “We are not familiar with any scientific institution with relevant subject matter expertise that has reached a different conclusion,” the organization’s executive director wrote. And last week, the American Geophysical Society posted a statement responding to Pruitt, saying there is “no doubt” that humans are the primary driver of warming.

Though it’s unlikely Pruitt would read or care about these letters, they are important, in that they show scientists are getting more comfortable inserting themselves in politics. Scientists have traditionally been wary about voicing political opinions, fearing they will come off as partisan, and therefore unbiased, in their research. But as the Trump administration’s attacks on science grow, it is clear many scientists are deciding they can no longer keep their mouths shut.