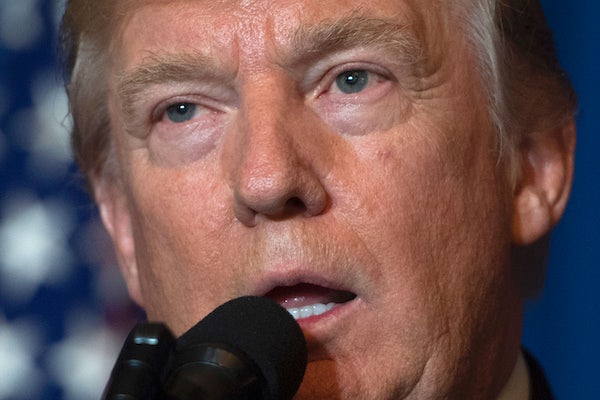 Donald Trump is losing some of his biggest supporters over Syria.

Trump’s bombing of a Syrian airbase on Thursday night has cable news all excited. Neocons in the Senate are suitably impressed. Even the Democratic leadership on Capitol Hill is cautiously supportive, though they’re calling for consultation with Congress on any future military action. By Friday morning, the biggest backlash to Trump’s strike was coming from some of his strongest supporters—voices on the nationalist right who worry their president is abandoning his “America first” posture.

“It’s not something I expected. I’ll be honest with you,” Chris Buskirk, publisher of the pro-Trump website American Greatness, told Morning Edition host Steve Inskeep on NPR. “It is something that the president and his administration needs to take the time to explain to the American people in general, to his voters in particular. I don’t think this is what a lot of people, both on the left and the right, expected from this administration, which was a quick jump into military action in Syria of all places.” Buskirk stressed that he wanted to give Trump the benefit of the doubt, but noted that further intervention in Syria would be “radically different than what he has talked about in the past—namely, not focusing on ISIS but focusing on the Assad regime itself.”

While Buskirk was skeptical about Trump’s strike, other prominent Trump supporters were even more critical. According to Politico, white nationalist Richard Spencer called the move “sad, shocking and deeply frustrating” while disgraced alt-right troll Milo Yiannopoulos described it as “FAKE and GAY.”

Plenty of Trump supporters are getting behind the president’s action. But a divide among his base, coming as Trump advisers Steve Bannon and Jared Kushner go to war with each other, will be another test of where his true loyalties lie.