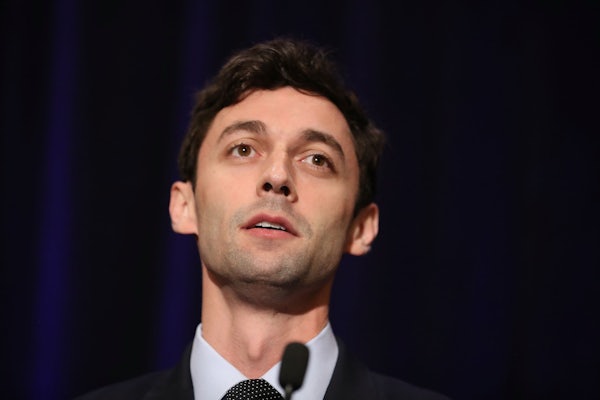 Donald Trump is declaring victory in Georgia’s special election. Nothing could be further from the truth.

Republicans are breathing a sigh of relief. Democrat Jon Ossoff—despite being young, inexperienced, flat, and seemingly devoid of policy expertise—just fell short of the 50 percent +1 threshold in Tuesday’s special election for Health and Human Services Secretary Tom Price’s former congressional seat. Ossoff will now face Republican Karen Handel, who finished second with 20 percent of the vote, in a runoff in June.

But don’t let Handel’s ostensibly poor showing fool you. While she’s not exactly a household name, she was also competing against several other Republicans and didn’t have anything close to the $8 million (most of which came from out of state) that Ossoff spent on the race. Perhaps more importantly, Republican candidates as a whole still outpolled Democrats by a margin of 51-49. Ossoff will see another massive infusion of cash, but he’ll also have to deal with two more months of questions about his credentials—and where he actually lives.

The problem here is that Trump did not help; in fact, he almost certainly hurt. Every race in the country is now a referendum on his presidency, evidenced by the huge swings we’ve seen toward the Democrats in special elections in Kansas and Georgia. There are only 48 House districts that are more Republican-leaning than Georgia’s Sixth Congressional District, and that means that Republicans should be very, very scared. Any Republican trying to argue that a twenty point swing toward Democrats in Georgia and Kansas is a good thing is selling something.

Just as importantly, Twitter means that it will be difficult keeping Donald Trump away from tight races. All it takes is a segment on Fox & Friends and Trump will tweet about it—likely doing more to get out the vote for Democrats than Republicans.