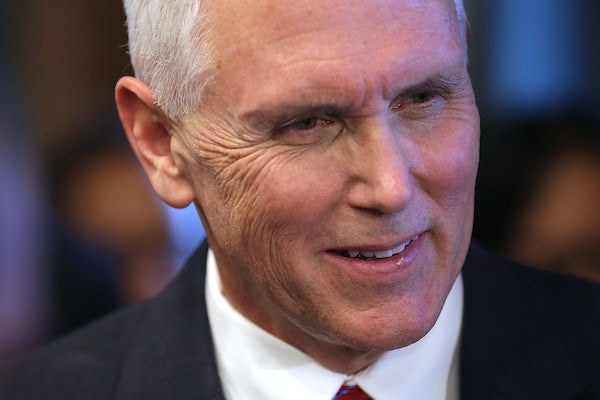 Three months ago, when Michael Flynn resigned as national security advisor after it became clear that he had lied to the vice president and others about his conversations with the Russian ambassador, sources close to Pence went to work. NBC News reported that Pence, who was in charge of Donald Trump’s presidential transition, had been kept in the dark about Flynn’s activities and was not aware of them until shortly before they became public. This, despite the fact that acting Attorney General Sally Yates had warned the administration about Flynn’s duplicitousness weeks before.

This was a strange denial. It meant that Pence either incompetently led the transition or that the White House had created a communications loop that left out the vice president, the third- or fourth-most powerful man in Washington (depending on Trump’s feelings on any given day about Steve Bannon). There’s no doubt that incompetence has emerged as the best, most believable excuse of the Trump administration. But it didn’t really add up, suggesting that Pence was scheming.

The administration is in free fall once more and Pence is at it again. On Thursday evening NBC News reported that Pence has been kept in the dark about “any investigation relating to Flynn’s work as a foreign agent for Turkey,” according to a source close to the administration. The source cited a “pattern” of not informing the vice president, calling it “malpractice or intentional, and either are unacceptable.”

But we know that the Trump transition team was made aware, well before the inauguration, that the FBI was investigating Flynn over the Turkey issue. And again, Pence led the transition. Denying that Pence knew about Flynn’s lobbying work for Turkey is stranger still given that Rep. Elijah Cummings sent a letter to the transition about exactly this topic. (NBC News’s source said, “I’m not sure we saw the letter.”)

“President Pence” has superseded “President Bannon” and “President Kushner” in recent days, as Republicans pine for a “normal” presidency. But the case Pence is trying to make—that he shouldn’t be blamed for Flynn in the slightest—is not very strong. The point is to present Pence, once again, as a force of stability in a very unstable administration—and to protect Pence from the taint of this administration if things get really bad.