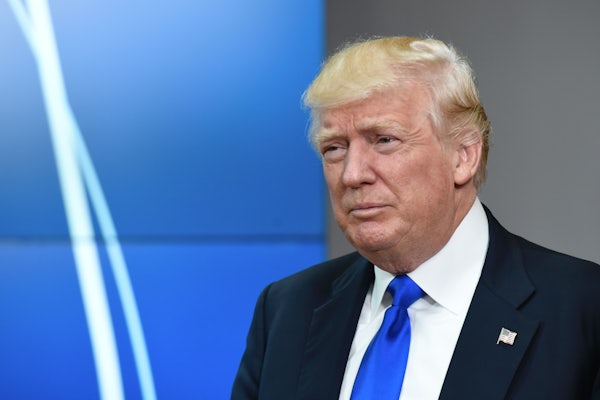 The Russia scandal will be waiting for Trump when he returns to the U.S.

Embattled presidents often look to foreign trips as a way to get their groove back. At best, Trump and his aides hoped that his jaunt through the Middle East and Europe would create a runway that he could use to get domestic legislation off the ground. At the very least, they hoped it would create a reset following the worst week in a presidency full of worst weeks.

So far, Trump’s foreign trip has been the latter. It’s had a couple of moments that generated praise from the pundit class—his speech on terrorism being the most notable—and its share of characteristically embarrassing moments, like when he told Israeli Prime Minister Benjamin Netanyahu that he “never mentioned Israel” when giving highly classified material unprompted to the Russians.

But it hasn’t stopped the steady leaking of information about the Russia scandal, which has only become more serious while he’s been away. Over the last 16 hours, we’ve learned that Russian spies bragged about the influence they had over former National Security Advisor Michael Flynn and former campaign chairman Paul Manafort; that Manafort has continued to advise Trump’s team despite the Russia investigation; and that Attorney General Jeff Sessions was told not to disclose meetings with the Russian ambassador by members of Trump’s team and the FBI.

A “Trump ally” told Mike Allen that, “We’re getting street fighters ready to go,” referring to the legal team the president is assembling to push back on the charges that have been building against Trump and his team. “The new machinery is an effort to compartmentalize the scandals,” Allen writes, “so that some officials can focus on probes and revelations while others do their day jobs. But the success of that plan depends partly on President Trump’s willingness to compartmentalize. Close aides have trouble imagining that.” Aides are once again openly describing Trump as a toddler to the media, and boasting about their ability to limit his “screen time” on his foreign trip. But it will be much harder to do this when Trump is back in Washington, where old habits have already formed.

We’ve been down this road before—and we know what happens next. For all the talk of renewed discipline, Trump remains his own worst enemy. His legal team may insulate him a bit more, but he’ll be back to his old ways—i.e. repeatedly punching himself in the face—before the White House’s new org chart is even in place.