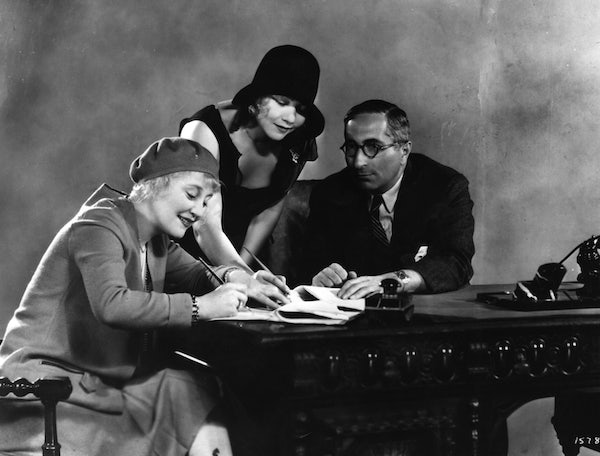 The New York Times columnist has a theory about the unfolding Weinstein scandal: The Hollywood producer now accused of multiple counts of sexual abuse and rape is a product of the libertine culture of the 1960s and 1970s. That also happens to be Weinstein’s excuse for his behavior. Stephens writes:

The important truth is that he was just another libidinous cad in a libertine culture that long ago dispensed with most notions of personal restraint and gentlemanly behavior. “I came of age in the ’60s and ’70s, when all the rules about behavior and workplaces were different,” Weinstein wrote in his mea culpa to The Times last week. “That was the culture then.”

That line was roundly mocked, but it contains its truth. Like those other libidinous cads — Bill Clinton and Donald Trump — Weinstein benefited from a culture that often celebrated, constantly depicted, sometimes enabled, seldom confronted, and all-too frequently forgave the behavior they so often indulged in.

The only problem with this explanation is that it completely ignores the fact that such abuse has been pervasive in the film industry since the very beginning. Stephens wants to blame cultural change for a problem that is actual rooted in institutional structures: the long-lasting power imbalance between the powerful men who run the studios and the young women they employ. Weinstein cannot be reduced to a product of a culture; he’s an abuser who took advantage of the position a system gave him. (On Twitter, Stephens—or his assistant—described the column as “a defense, of sorts, for Harvey Weinstein.”)

Stephens would do well to attend the words of his colleague Manohla Dargis, who has a much more historically grounded analysis on entrenched gender dynamics in the film industry:

The industry’s silence has historically shielded the men who make movies, including the old studio bosses like Louis B. Mayer to whom Mr. Weinstein has often been nostalgically compared. In histories, these old-studio chiefs are genteelly referred to as womanizers, a polite metaphor for conduct that ranges from time on the casting couch, another odious euphemism, to what sounds a lot like prostitution. According to the historian Scott Eyman, Metro-Goldwyn-Mayer — the studio that bore Mayer’s name and boasted that it had more stars than there are in heaven — had a supply “of what were known as ‘six-month-option girls’ to be passed around the executive offices.”

The casting couch and the “six-month-option girls” emerged in the period that Stephens thinks of as a time of “personal restraint and gentlemanly behavior.” The difference between Stephens and Dargis’s understanding of the terrain couldn’t be more stark.