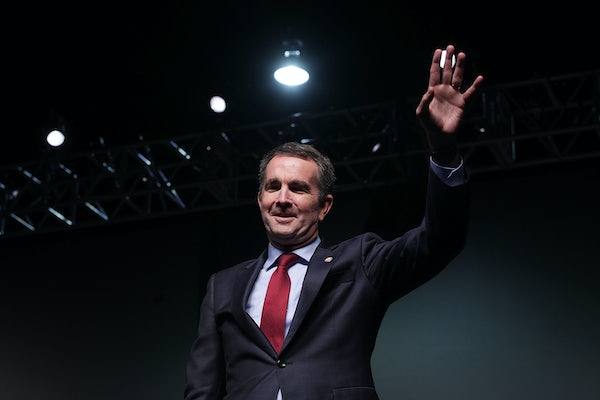 Ralph Northam’s victory in Virginia was a rebuke to Donald Trump.

In the days leading up to the general election, Democrats inside and outside Virginia were tearing their hair out over Northam’s seemingly lackluster finish, which was marked by a number of highly publicized gaffes. With Virginia being treated as a bellwether for 2018, the worry was that Northam’s missteps and milquetoast politics would hand Republicans a major victory heading into the midterms. But Northam is romping to victory once again, handing Democrats a win in this year’s biggest election.

This was ultimately a referendum on Donald Trump and his brand of crude white-identity politics, which Northam’s Republican opponent Ed Gillespie embraced. Democrats, who turned out in record numbers in spite of poor weather, delivered: For all the fretting over the Democratic brand, they should feel pretty damn good about what these results say about the future. Results from northern Virginia, where Northam is absolutely destroying Gillespie, suggest that the Gillespie campaign’s attempts to channel Trump backfired. Northam also significantly improved on Hillary Clinton’s performance with young people and women, which should terrify Republicans.

But this race wasn’t all about Trump. Northam’s campaign, which was second-guessed by everyone, outperformed expectations by privileging local issues over national ones. And while it’s true that Northam didn’t always find the balance between resisting Trump and cutting a bipartisan figure, he still offered a clear contrast to Gillespie.

Democrats haven’t had anything to feel good about for a while, but Northam’s victory—combined with Phil Murphy’s easy win in New Jersey’s gubernatorial election—shows that there is considerable momentum on their side.