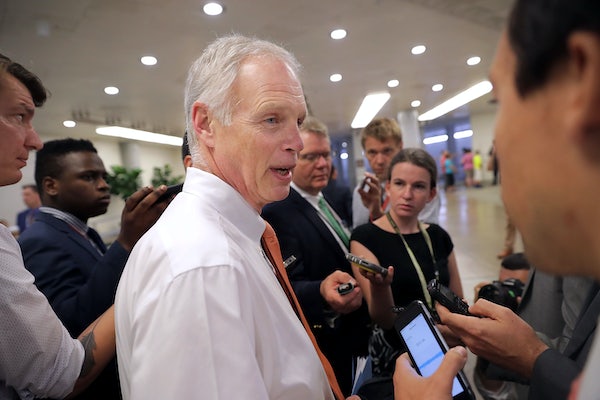 The House is set to pass tax reform today. But trouble is brewing in the Senate.

Republican leadership in the House is confident that it will pass tax reform legislation with more than the 218 votes needed. There will be defectors—some from high-tax states concerned about the bill’s changes to state and local tax deductions; some concerned about other deductions; none, tellingly, concerned about its effect on the budget—but there has been little arm-twisting this week. With hours to go until the vote, the biggest question is whether or not Donald Trump and Paul Ryan will host another Rose Garden party to celebrate what is essentially a first step.

In the Senate, things are more complicated and more interesting. On Wednesday, Senator Rob Johnson announced that he could not vote for the Senate’s bill in its current form, citing the rushed process and concerns about the bill itself, which he believes benefits corporations at the expense of small businesses. Maine’s Susan Collins hasn’t officially come out against the bill, but it’s very possible, even likely, that she’s a “no”—she’s concerned about the inclusion of the repeal of the Obamacare individual mandate.

That gives Republicans 50 votes right now, which is enough to pass it with Vice President Mike Pence acting as a tie-breaker. But the Senate finds itself in the same situation that preceded the Obamacare repeal vote in late July. Lisa Murkowski could conceivably share Collins’s concerns about the individual mandate. John McCain is clearly voting for the sake of his legacy now. Bob Corker and Jeff Flake may want to stick it to the president—or make a statement about the deficit. Jerry Moran and Mike Lee have also not yet made up their mind. Mitch McConnell is going to try to ram this bill through the week after Thanksgiving, but given the number of wild cards on the Republican side, the Senate bill looks pretty shaky.