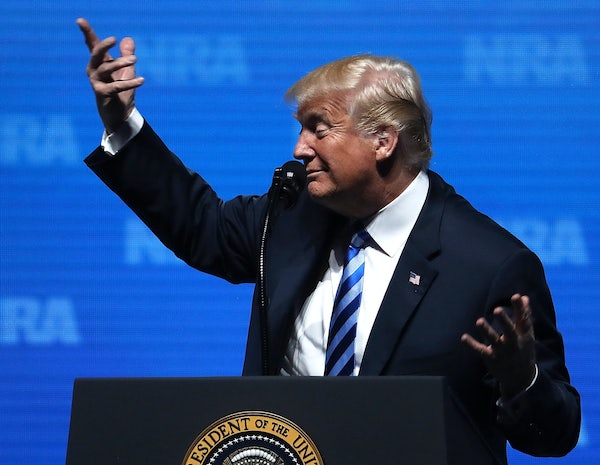 A day after cancelling the June 12 summit with North Korea via an oddly personal letter, President Donald Trump has announced that he might meet with Kim after all. “We’ll see what happens,” he said. “It could even be the 12th.” He added, “We’re talking to them now. They very much want to do it. We’d like to do it. We’ll see what happens.” Trump reportedly liked the conciliatory statement that North Korea offered after his letter.

This is more or less exactly what Jon Wolfsthal, in an essay yesterday for The New Republic, predicted would happen:

Trump’s letter in fact could be read as a relatively transparent attempt to play hard to get, telling Kim he wants the summit more than Trump does. But make no mistake: Trump wants the meeting to happen very badly, and may well be back.

It’s always nice to have called it. But that doesn’t make these wild day-to-day swings any less unsettling to those who may be a little less blasé than President Trump about nuclear dictatorships. Asked whether Kim was playing him, Trump’s offered a dictum for our time. “Everybody plays games,” he said. “You know that.”