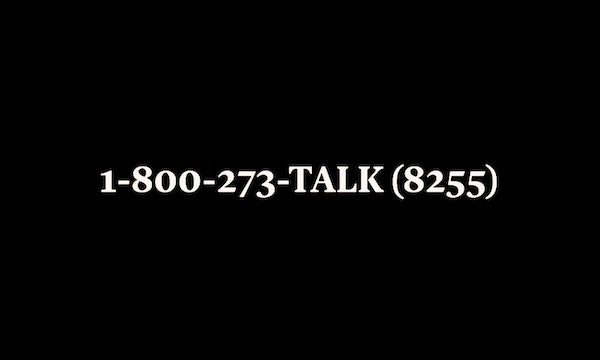 How not to screw up media coverage of suicides.

First things first: If you are thinking about suicide, dial 1-800-273-TALK (8255) to speak with the National Suicide Prevention Lifeline. You can also text the Crisis Text Line at 741-741 to message with a trained counselor.

At the website Reporting on Suicide, the most prominent sentence on its home page reads: “Suicide is a public health issue.” For this reason, journalists have serious responsibilities when it comes to covering news stories about public figures who have died by suicide. The guidelines for doing so are simple, and every single one has been violated by tabloid (and some legacy) media outlets in recent days while reporting the deaths of Kate Spade and Anthony Bourdain.

The most important responsibility lies in avoiding contagion. The specific details about the death should not be prominent in stories. (Do not, as Page Six originally did with Bourdain, put the method of death in the headline.) Second, do not write about the person who died in the sense that “they had everything going for them.” That romanticizes the death, and it wrongly suggests that suicide isn’t a complex phenomenon that’s driven by multiple factors, including (treatable) psychiatric illness.

This is harder in the case of a celebrity, but an outlet should try not to use a photograph of the person who has died, because doing so inaugurates a tradition of romantic legacy and extra visibility. This encourages contagion, too. There is no one-line explanation, nor is there an adequate one-line moralizing response.

Suggesting that Bourdain is in heaven, while a well-intended remark, makes him seem like a martyr and generally admirable for his action.

It’s vital to provide information about a suicide hotline or counseling options somewhere on the article page. Most outlets that do—and the U.S. media is catching up to the British press in this respect—put the information at the bottom. The statistics on how many readers actually make it the bottom of an article are not encouraging, but that’s not much of an excuse for failing to do so.

The final rule is challenging. “Whenever possible,” the Reporting on Suicide site explains, “present examples of positive outcomes of people in suicidal crisis.” There are plenty of celebrities who have talked about their mental health in recent years. Gabourey Sidibe, for example, has written about thoughts of suicide in her memoir, This is Just My Face. She told People last year, “When it’s too big for me to just turn around on my own, I see a therapist... Fucking do it, it’s worth it!”

In personal tweets, Instagrams, and Facebook posts, it can be harder to know where the lines are. On the one hand, we use these forums to express our feelings, in the moment, and we bond with each other over shared pain. However, there is no line which separates your public social media posts from the “media” writ large. A viral tweet can reach more people than a bad tabloid headline.