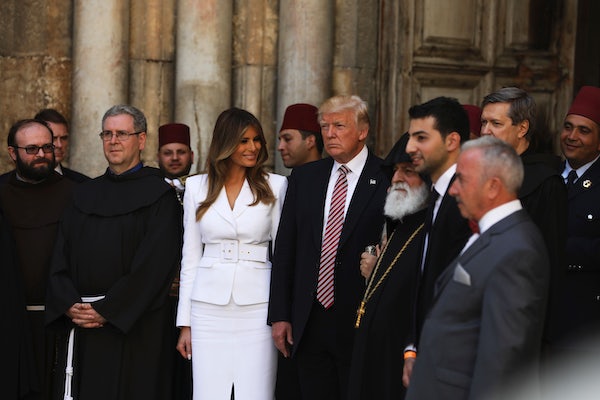 The harshness of the Trump administration’s policy on separating migrant children from their parents has led some analysts to proclaim the death of family values conservatism. Writing in Slate, Neil J. Young argues that the rhetorical force of family values, already on the wane given conservative culture war defeats on issues like marriage equality, is now irreparably damaged. “And it’s hard to imagine that ‘family values’ talking points can survive much longer while those who long ranted that the federal government was seeking to ‘destroy the family’ sit silently as it literally rips families apart,” Young contends.

Alex Wagner of The Atlantic also sees the family separation crisis as a defining moment. The relative silence of Republicans, she argues is “the measure of how thoroughly Trump has redefined his party—and how far he has inverted its commitment to family values.” What has replaced family values, Wagner adds, “white nationalism, which deems brown-skinned men, women, and children of degraded humanity—and therefore absent any inherent value and unworthy of protection.”

Both Young and Wagner are describing a genuine shift, but their conclusions are premature. After all, there is no sign that modern conservatism is giving up the fight against abortion or LGBT rights.

It’s true that there has been a move away from the language of “family values” which first gained traction as a reaction to the cultural upheavals of the 1960s. Feeling under increasing siege, conservative Christians have shifted their discourse away from family values to the more defensive posture of protecting “religious freedom.” The same bunker mentality has also led the religious right to make some strange alliances, including supporting a Playboy President and even a pimp running for the Nevada state Senate seat.

In their defensive state, the religious right and conservatives in general have also become more candid about describing the world in us-versus-them terms. To be sure, some element of racial animus was always a part of the “family values” brew. As Young notes:

In truth, “family values” has always had this racialized edge. As religious conservatives accused the federal government of attacking the family through public education, the Equal Rights Amendment, and gay rights, they were also actively backing federal programs, from harsher sentencing for drug crimes to “workfare” legislation, that fell heavily on black and brown families. In this way, what is taking place at the southern border falls not only in the long American history of separating nonwhite families but also sits squarely in the tradition of how “family values” conservatives have used the federal government to punish families who didn’t look like their own.

Following the rule of the Trump era, what was once subtext has now become text. The “family” of family values was always implicitly assumed to be white, suburban American families. Those are the families that were being defended, with other types of families being secondary.

“Like it or not, these aren’t our kids,” Fox News host said on Friday morning. “Show them compassion, but it’s not like he’s doing this to the people of Idaho or Texas. These are people from another country.” Kilmeade here lays out the underlying logic of the contemporary right: family values, yes, but remember that some families are more important than others.