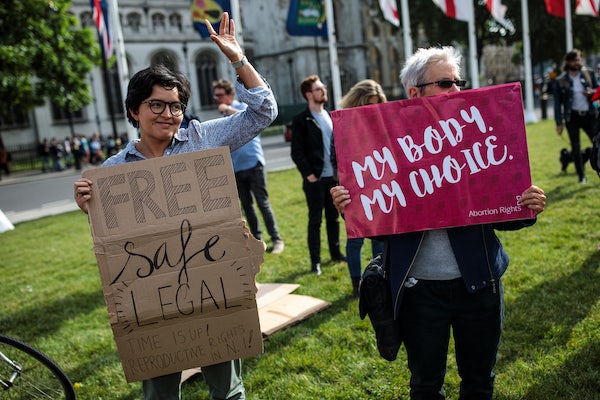 With Donald Trump now empowered to name a replacement to retiring Supreme Court Justice Anthony Kennedy, the highest court in America is about to swing far to the right. Trump’s preferred list of candidates are all more conservative than Kennedy and indeed than Justice John Roberts, who is likely to become the median Supreme Court Justice. The fate of progressive politics is dire, with everything from Roe v. Wade to marriage equality now up for grabs.

What can progressives do? Here are a few ideas of the ideas they’ve floated on Twitter.

Assuming that Arizona Senator John McCain is too sick to vote, the Republicans will have a razor-thin margin to confirm an opponent. As it happens, two Republican Senators are pro-choice (Susan Collins and Lisa Murkowski). There’s a potential to flip them with popular protests focusing on the fate of reproductive freedom.

2) Obstruct the Senate. MSNBC’s Chris Matthews suggests Democrats in the Senate can use obstruction tactics to slow down the vote until after the midterms. It’s not clear how practical this idea is.

3) Pack the courts. Democrats could, the next time they have the presidency and Senate, expand the numbers on the Supreme Court (and, indeed, in lower courts) to get greater ideological balance.