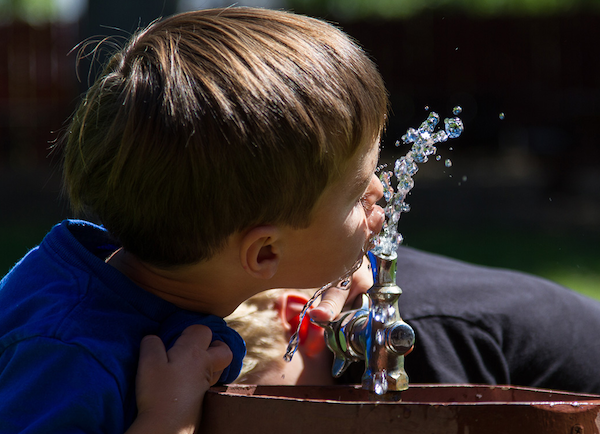 Millions of public school kids were exposed to potentially unsafe levels of lead in drinking water.

That’s the takeaway from a 106-page report released Tuesday by the Government Accountability Office, which surveyed school districts across the country in 2017 and found that 41 percent of districts had not tested for lead at all in the last 12 months. Of the 43 percent of districts that did test for lead, 37 percent found “elevated levels” of the neurotoxin.

The children exposed to lead last year are apparently no longer at risk. “All school districts that found elevated lead in drinking water reported taking steps to reduce or eliminate exposure to lead, including replacing water fountains, installing filters or new fixtures, or providing bottled water,” the GAO said. But school districts serving 12 million children aren’t testing for lead at all. If 37 percent of those districts had lead contamination, that would mean 4.4 million children at risk of lead exposure.

As I wrote in February, lead exposure is a solvable problem. But damages can be permanent for kids who have already consumed contaminated water, depending on the level of exposure. Philip Landrigan, a renowned lead expert and the dean for global health at the Icahn School of Medicine, told me that lead exposure unquestionably harms developing brains. “Even the very lowest levels of exposure, we know that lead erodes a child’s IQ, shortens attention span, and disrupts their behavior,” he said. “We know when we do follow-up studies that children exposed when they were kids are more likely to be dyslexic, have behavioral problems, and get in trouble with the law. There’s no question about that.”

“No federal law requires testing of drinking water for lead in schools that receive water from public water systems,” the GAO found. The agency also found that the EPA was partially responsible for the lack of testing. Landrigan said the only reason the lead contamination crisis hasn’t been solved is a lack of political will to do so. Perhaps this report will help change that.