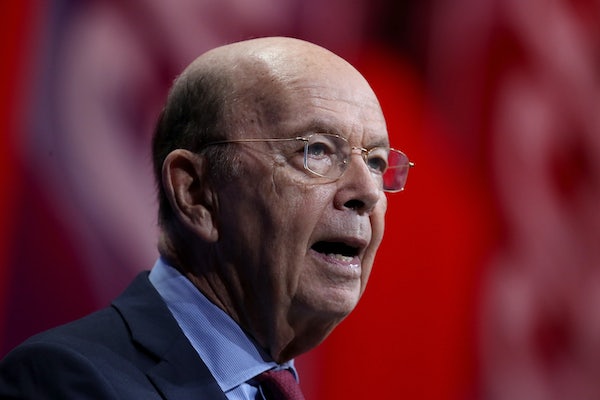 Is the current commerce secretary “among the biggest grifters in American history”?

The Trump administration is already a rogue’s gallery of corruption on a scale unseen in American public life since at least Warren G. Harding’s presidency in the early 1920s. The President’s hotels are profiting from the patronage of foreign governments eager to curry favor, former Environmental Protection Agency administrator Scott Pruitt resigned amid repeated accusations of ethics violations including using government staff as personal servants, and former Health and Human Services Secretary Tom Price resigned for similar reasons including spending more than $300,000 on jet travel. These are only some of the examples.

But it could be that Commerce Secretary Wilbur Ross outdoes them all. After interviewing 21 people, Forbes claims they’ve found a striking pattern. “Many of those who worked directly with him claim that Ross wrongly siphoned or outright stole a few million here and a few million there, huge amounts for most but not necessarily for the commerce secretary,” Forbes reports. “At least if you consider them individually. But all told, these allegations—which sparked lawsuits, reimbursements and an SEC fine—come to more than $120 million. If even half of the accusations are legitimate, the current United States secretary of commerce could rank among the biggest grifters in American history.”

Most of these allegations are prior to Ross becoming Commerce Secretary. But he’s continued the same troubling pattern in office by not divesting himself of holdings even though they create conflicts of interest. “In June, two senators and a congressman asked the Securities & Exchange Commission to launch an insider trading investigation of Ross, based on revelations that Ross shorted at least $100,000 in Putin-linked Navigator Holdings, soon after being told about a forthcoming exposé on his connection to the company,” Forbes notes. “The minuscule scale—the trade seemingly bolstered Ross’ wallet by $3,000 to $10,000—makes the blunder that much more vexing.”