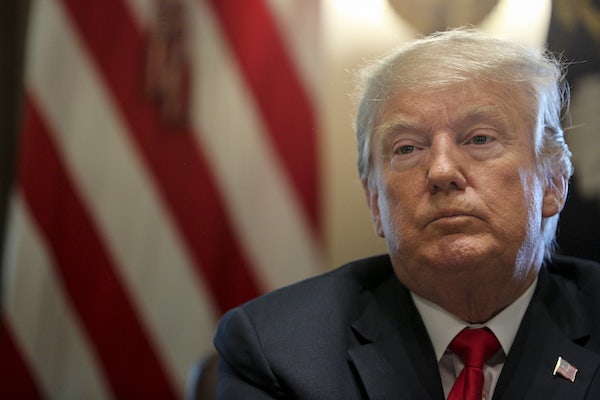 The last 24 hours have been the worst of Trump’s presidency. His former campaign chairman, Paul Manafort, was convicted on eight counts of  tax and bank fraud, although a mistrial was declared on ten other counts. His former attorney Michael Cohen pleaded guilty on eight charges, including bank fraud and tax evasion. Even worse, Cohen admitted to making illegal campaign contributions at the direction of Trump “for the principal purpose” of winning the presidential election.

Trump was largely quiet about Manafort’s conviction and Cohen’s plea at a subdued rally in West Virginia on Tuesday evening. But on Wednesday morning, he took to Twitter to try out a number of possible defenses:

Given that Manafort and Cohen were very close to Trump during the 2016 election, and both are likely going to prison, it’s fairly obvious now that he is not the victim of a senseless, politically motivated investigation. But Trump is contorting to keep his “witch hunt” defense alive, presenting Manafort as a victim of a biased campaign and Cohen as a feckless coward who is willing to lie to escape a harsher sentence.

These are political sleights of hand, and not very subtle ones at that. Trump is trying to draw attention to the crimes that may not have happened, instead of the proven ones that imperil his presidency, while also muddying the waters. These moves have worked for him in the past, at least with his diehard supporters, and may continue to do so. But with the convictions of Manafort and Cohen, he will find it harder to convince the rest of America that he’s the victim of a witch hunt and untainted by his criminal associates.