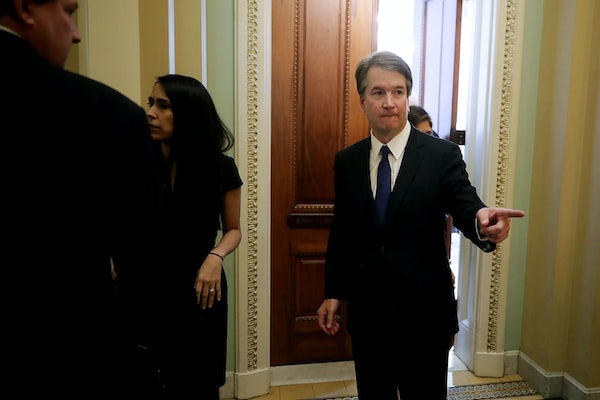 President Donald Trump’s nominee to replace Anthony Kennedy on the Supreme Court is facing off before the Senate Judiciary Committee today. In excerpts released by the White House, Kavanaugh will use his opening statement to cast himself as an unbiased jurist who will favor no side more than another if confirmed.

Kavanaugh’s remarks are likely meant to mirror similar comments made by Chief Justice John Roberts when he appeared before the Judiciary Committee for his confirmation hearing in 2005. “Judges are like umpires,” Roberts said in his own opening statement. “Umpires don’t make the rules; they apply them. The role of an umpire and a judge is critical. They make sure everybody plays by the rules. But it is a limited role. Nobody ever went to a ballgame to see the umpire.” Later, he promised to “remember that it’s my job to call balls and strikes and not to pitch or bat.”

The metaphor isn’t perfect, as Justice Elena Kagan noted during her own confirmation hearing in 2010. She told the Judiciary Committee that “balls and strikes” may give the impression that the law “is a robotic thing.” For Kavanaugh, an avid baseball fan, invoking Roberts’s language has two functions. On one hand, it implicitly counters Democratic criticism that he’s too closely wedded to the Republican Party. On the other, echoing Roberts reaffirms which end of the ideological spectrum he’s most likely to fall on if confirmed to the nation’s highest court.