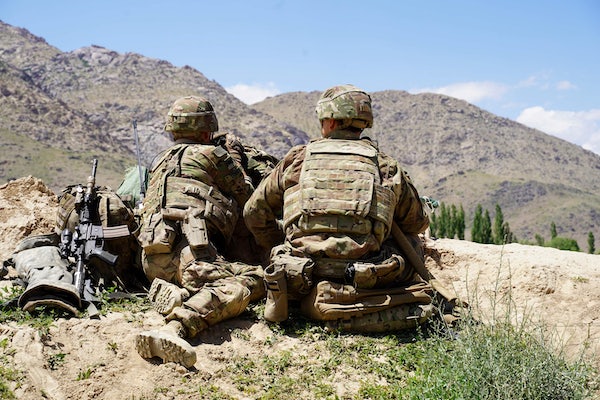 This foreign policy debate is brought to you by the Obama era.

In some ways, the Democrats’ manic Wednesday-night debate—packed with candidates and cross-talk—felt current: Considerable time, appropriately, was devoted to discussing immigration, with particular attention paid to recent news of children detained in appalling conditions and a tragic photo of a father and daughter who drowned in the Rio Grande. In others—for example the scant airtime devoted to Donald Trump or climate change—it felt dated.

Foreign policy was another area where, taken out of context, the debate could have been happening four years ago—or even eight. Candidates spent the most time talking about Iran, prompted by a moderator question about whether as president they’d support the United States re-entering into the Joint Comprehensive Plan of Action (JCPOA), President Obama’s signature foreign policy achievement. (The “deal” from which Trump unilaterally withdrew in May 2018.) “We need to renegotiate and get back into that deal,” Senator Cory Booker said, but “If I have an opportunity to leverage a better deal I’m gonna do it.” It was a sentiment other candidates Wednesday more or less echoed. Senator Amy Klobuchar expressed alarm over Trump’s habit of tweeting war threats (“I don’t think we should conduct foreign policy in our bathrobe at four in the morning”), and Representative Tulsi Gabbard talked about her service in Iraq, pointing out that conflict with Iran “would be far more devastating than anything we ever saw in Iraq.... This would turn into a regional war.”

The only other extended foreign policy exchange of the night concerned Afghanistan. Gabbard and Representative Tim Ryan tangled over the question of troop withdrawal from the home of America’s longest war, and Ryan briefly seemed to suggest the Taliban, rather than Osama bin Laden, attacked the U.S. on 9/11.

This year—2019—has been marked by the biggest trade war so far in the twenty-first century. It has also seen a special-counsel investigation and blockbuster 450-page report on Russian interference in the 2016 election. And don’t forget the beginnings of a dramatic reevaluation of the alliance with Saudi Arabia. It’s a relationship that has embroiled the U.S. in a disastrous proxy war in Yemen, and one on which President Trump has doubled down with arms sales, despite mounting evidence regarding KSA’s assassination of Washington Post journalist Jamal Khashoggi. Yet all that—along with China, Russian expansion, and other Gulf State influence on U.S. foreign policy—got very little attention, mentioned only in a rapid-fire round fifteen minutes from closing time, where candidates had to name the “biggest geopolitical threats” to the U.S.

The international implications of climate change were largely ignored, as well. Four candidates did mention “climate change” as the nation’s biggest geopolitical threat during the lightening round, but beyond that, they kept it close to home. Candidates discussed a domestic carbon tax, but had little to say about international pacts like the Paris Agreement, or coordination on readiness for mass conflicts as food and water shortages crop up—that would be addressing a global threat in a global context.

Politics, despite the old saw, doesn’t really stop at the water’s edge. Warming, rising oceans bring that home, but will the presidential hopefuls—and the debate moderators—take it to heart?