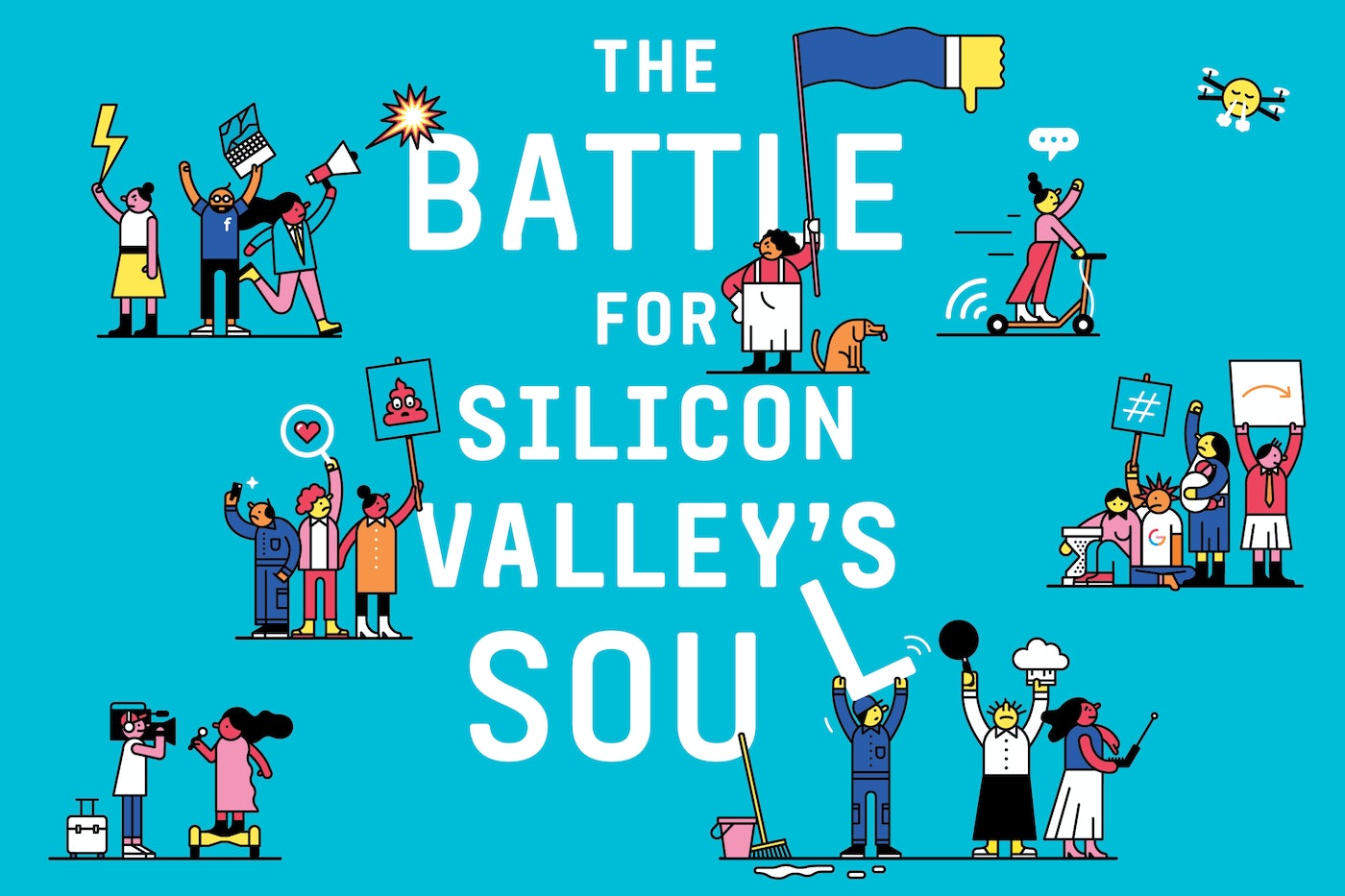 Illustration by Till Lauer

Last year, as Big Tech drew comparisons to Big Tobacco, and the industry’s CEOs were hauled before Congress to explain why government propaganda and harassment had been allowed to continue unchecked on their platforms, Silicon Valley searched its conscience. At Google, employees urged the company to stop facilitating Chinese censorship and providing artificial intelligence for drone warfare. At Amazon and Salesforce, they tried to prevent ICE and Customs and Border Protection from using their software. And across the field, workers called for safer workplaces, freedom from harassment, and better working conditions for the contractors, janitors, and food service employees who keep business running. Organizers were doing nothing if not disrupting Silicon Valley from the ground up.

This industry was built in part on the promise of creating a more just and democratic world. How do we make sense, then, of its collaboration with the forces working against democracy? Can it uphold Google’s original vow not to be evil? Can it ever exceed that goal? These four pieces reckon with how the rank and file are changing Big Tech, politically and culturally. Workers may not be able to institute reforms overnight, but as is becoming overwhelmingly apparent, they will hold these companies to task more strictly than any lawmakers are prepared to do.