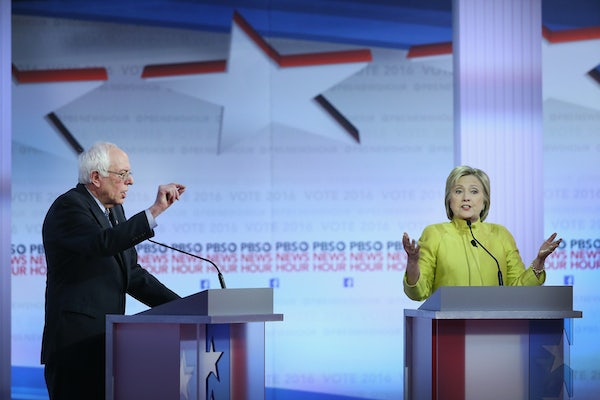 Here are the highlights from Thursday’s Democratic debate.

Hillary Clinton’s message to Bernie Sanders was that he’s no friend of Obama’s, wrote Brian Beutler.

Clinton wants you to believe she is Barack Obama, Rebecca Leber wrote.

She was also trying to hold a referendum on the Obama era, Laura Reston argued.

They both talked around systematic racism, Heer said.

The debate did have the chillest vibe of this entire primary, Elizabeth Bruenig noted.

But it was an audiophile’s nightmare, Shephard complained.

The candidates were often in “vigorous agreement,” Ryu Spaeth said.

You know you’re at a new stage of the Democratic primary when race gets brought up unsolicited, Steven Cohen observed.

In a first, Leber wrote, Sanders was the token man at the otherwise all-female debate.