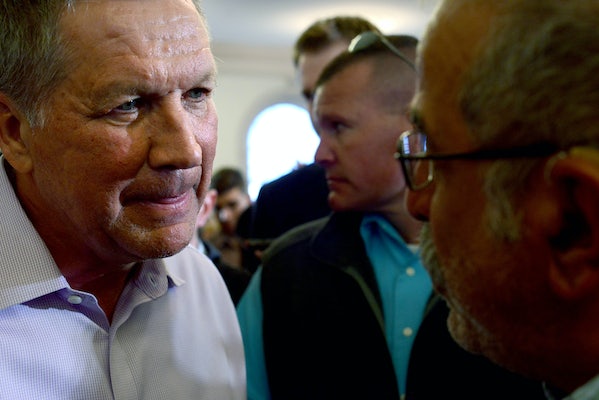 John Kasich had an actual strategy in Vermont, but Trump won anyway.

He won narrowly with 32.6 percent of the vote, compared to Kasich’s 30.7 percent, with 87 percent of precincts reporting. Marco Rubio fell just short of the 20 percent delegate threshold, dooming him to zero delegates.

Kasich invested time, resources, and a certain amount of faith in both Massachusetts and Vermont, trying to spin his second-place in New Hampshire into New England victory. That didn’t pan out in Massachusetts, where Trump won handily, but the race in Vermont was much closer.

It’s another blow to Rubio, who at this point must be pretty annoyed that Kasich just won’t quit. As Laura Reston wrote about the Virginia primary, “Without Kasich in the picture, Rubio could have actually won the state, something he desperately needed.”