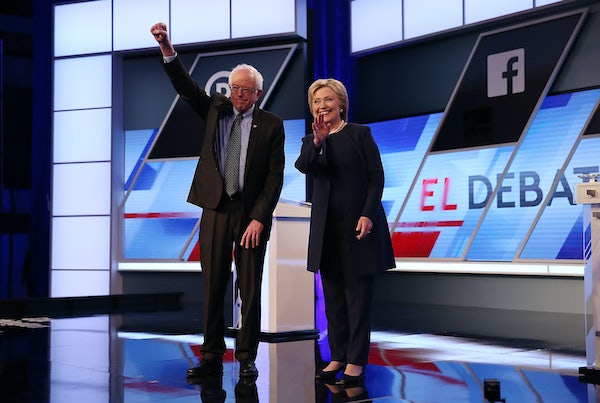 Highlights from the eighth Democratic debate.

Sanders once praised Fidel Castro, and Univision wasn’t going to let him forget it.

Jorge Ramos did not mess around.

Both Clinton and Sanders said they wouldn’t deport immigrant children.

Her favorite Spanish word is “basta!”

And after her loss in Michigan, she’s preparing for a “marathon” primary.