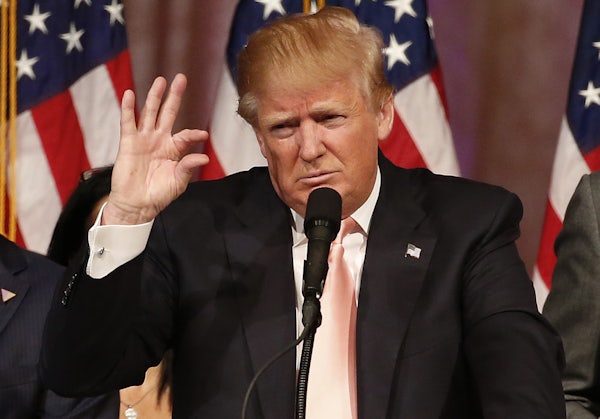 President Obama’s Supreme Court nomination is the GOP’s first chance to distance itself from Donald Trump.

With another dominant Election Night, Trump is such a heavy favorite to win the nomination that even a brokered convention probably can’t save the Republican Party. The #NeverTrump faction of the GOP now has to decide what to do about it: Set aside their distaste for Trump and fall in line, or begin the arduous process of taking their party back.

Obama’s Supreme Court pick, which will be announced at 11 a.m., represents an opportunity for Republicans to return to governing norms and drop their wild-eyed opposition to all things Obama, particularly if he nominates someone who, say, was confirmed by the Senate to a federal appellate court on a 97-0 vote. As Brian Beutler has written for the New Republic, it is precisely the GOP’s maximalist anti-Obama position that gave rise to Trump, who has merely promised “to be a better fighter.”

This is what being against Trump means: moderation, compromise, a respect for governing institutions, and, above all, a respect for the person occupying the Oval Office. Are Republicans really against Trump? Or do they just object to the way he expresses his opposition to the president?