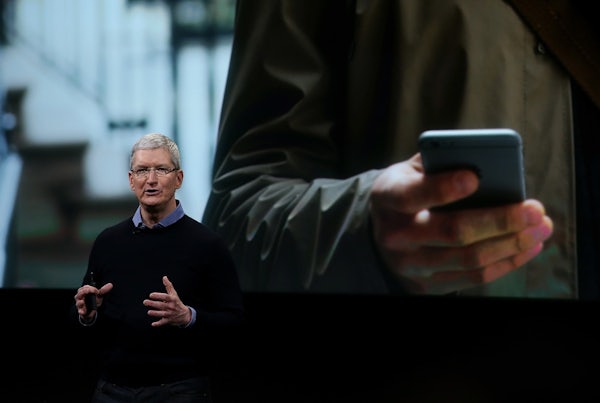 Apple takes a minute to remind everyone it still makes billions of dollars every year selling stuff that people like to buy.

The Cupertino company has been in the news lately for its fight with the FBI over privacy matters, but on Monday it took an hour out of the day to do what it does best: sell expensive consumer electronics.

Apple’s annual spring product launch event is when the company typically refreshes its line of tablets and wearables, and it delivered on that promise. But before it got to the product upgrades, CEO Tim Cook opened the event with a few more shots at the federal intelligence community.

“We need to decide as a nation how much power the government should have over our data and over our privacy,” he told the audience to sustained applause. “We did not expect to be in this position, at odds with our own government.”

Apple has been resisting a federal court order to create a backdoor into its customers’ iPhones so that law enforcement agencies can access information that is otherwise encrypted. Cook has said that such a backdoor is impossible to build without substantially jeopardizing the security of every iOS device, which now number in the hundreds of millions worldwide.