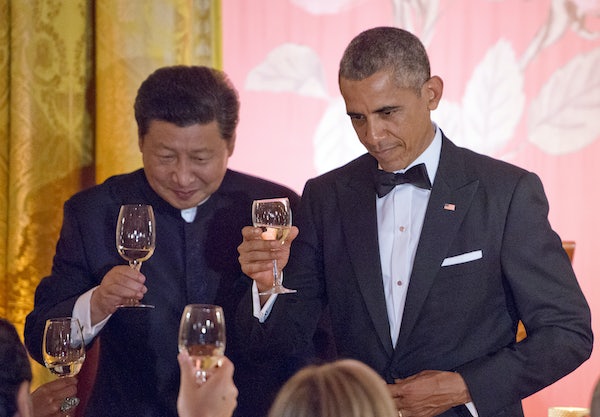 The Paris climate agreement just got one step closer to success.

Today, the United States and China announced a joint commitment to sign the Paris agreement at the earliest possible date, April 22. The two countries also said they would both formally join and implement the agreement soon after signing.

For the agreement hashed out in early December to come into effect, at least 55 countries making up at least 55 percent of global emissions must formally join. Together, the United States and China make up about 40 percent of world emissions, bumping the needle generously towards ratification. Thus far, Fiji, the Marshall Islands, and Palau—all island nations aggressively threatened by climate change—have ratified the agreement. If the 55/55 standard is met early, the agreement could come into force sooner than its projected start date in 2020.

For all its misgivings, the United States sees committing to the Paris agreement as a chance to reset the tone on climate policy, after the Supreme Court put a hold on President Obama’s landmark power plan regulations. “There’s no time to lose, we know that,” said U.S. climate envoy Todd Stern. “Paris gives us a chance.”