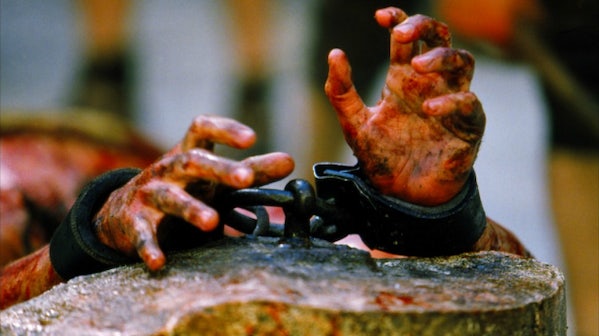 Just how violent is Mel Gibson’s Passion of the Christ sequel going to be?

Evangelicals and Christian conservatives, the audience that turned Gibson’s Passion of the Christ, into a blockbuster, despite the fact that it was both not in keeping with its source material and not very good, are pretty much the only people who want Gibson to keep making movies. So it’s no surprise that Gibson’s next project—following 2006’s Apocalypto, which was essentially a more violent and nihilistic Werner Herzog movie—is a sequel to The Passion of the Christ, focusing on Jesus’s resurrection.

According to The Hollywood Reporter, Gibson is working on the project with Randall Wallace, who wrote Braveheart and who THR helpfully notes “was a religion major at Duke University and says the resurrection was a specialty of his.” But the biggest question surrounding the movie is: Just how violent will it be? The Passion of the Christ was two hours of torture porn, but the resurrection is a decidedly happier affair—even if it has recently been turned into a heist movie starring the guy from Shakespeare in Love. The persecution of Christians was real, if also exaggerated, so it’s possible that Gibson will include some anachronistic lion-throwing in there. Or maybe not. The resurrection should be a showcase for Gibson accepting a more open-hearted version of Christianity focusing on redemption, rather than violence (and anti-semitism). But something tells me The Passion of the Christ 2 will also have a forty minute whipping scene.