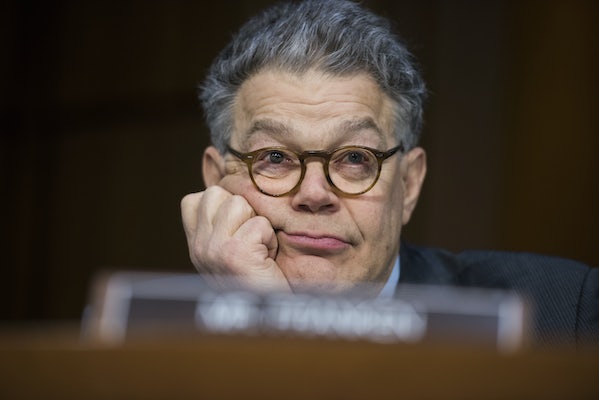 Grilling the Supreme Court nominee in Tuesday’s Senate confirmation hearing, Franken raised the Case of the Frozen Trucker: Gorsuch has once ruled against a truck driver who, according to The Washington Post, “claimed he’d been wrongly fired because he ignored his supervisor’s demands by unhitching his unheated truck from its malfunctioning trailer and driving away in subzero weather in search of safety.” The Minnesota senator pointed out that Gorsuch’s fellow appeals court judges sided with the trucker. “It is absurd to say this company is in its rights to fire him because he made the choice of possibly dying from freezing to death or causing other people to die, possibly, by driving an unsafe vehicle,” he said. “That’s absurd.”

Then Franken delivered the line that capped the exchange and drew laughter from the room. “I had a career in identifying absurdity, and I know it when I see it,” he said. “It makes me question your judgment.”

This is just the latest memorable exchange involving Franken and Trump administration nominees. He exposed Education Secretary Betsy DeVos’s ignorance on fundamental education policy debates and did some fierce fact-checking of Attorney General Jeff Sessions, his former Senate colleague. I’ve argued the Trump era is Franken’s time to shine, returning to his roots as a Saturday Night Live comedian and whip-smart progressive insult comic. There’s even evidence he’s coming around to the idea. The second-term senator recently told the Post he feels “a little freer to be myself, and so every once in awhile, something comes out.”