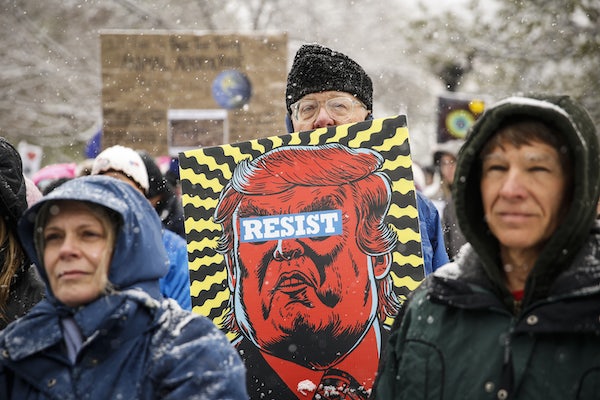 CBS News reports that the bipartisan deal to fund the government through September does not include President Donald Trump’s proposal to decimate the Environmental Protection Agency. The agency’s budget would be cut by $80 million, a 1 percent decrease from last fiscal year, as opposed to the $2.6 billion, 31 percent cut Trump had proposed. According to The Washington Examiner, Congress’ budget deal even includes “extra funding towards science and clean energy,” whereas Trump’s “skinny budget” would have cut NASA earth science by $200 million, eliminated EPA climate research, and completely defunded clean energy research at the Department of Energy.

It makes sense that Congress would keep the EPA intact for now. The idea of crippling the EPA is deeply controversial, even among Republicans, and the party was desperate to avoid a government shutdown on its watch. But a well-funded EPA doesn’t guarantee an environmentally friendly EPA. As Robinson Meyer noted in the Atlantic earlier this year, EPA Administrator Scott Pruitt needs resources if he really wants to permanently kill all of Obama’s environmental regulations. That’s because in most cases, Pruitt will be required to replace the Obama-era rules he rescinds. This is an intense process:

Every time an EPA policy changes, agency employees have to draft the text of a new rule, then hire outside consultants to calculate its economic effects and public-health consequences. Other employees process the tens of thousands of public and industry comments that greet the proposal or withdrawal of any rule. Each of these comments must be read, categorized, and replied to.

Congress is expected to vote on the short-term budget by the end of the week.