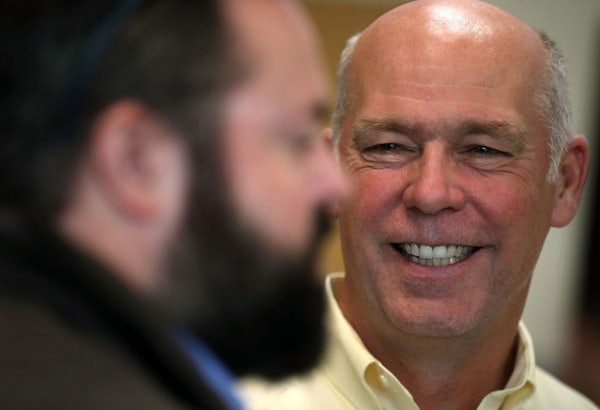 Greg Gianforte’s win in Montana shows that 2018 won’t be a cakewalk for Democrats.

We tend to overthink special elections, which get extra scrutiny because they exist in a vacuum. In the case of Quist vs. Gianforte, it’s not entirely clear what the broader significance is for either party. Gianforte won in a district that he was heavily favored to win, but he did so at an enormous cost. Republicans flooded the airwaves with ads attacking Rob Quist for being a tax cheat, a Pelosi in populist’s clothing, and not a real Montanan. Gianforte also got away without ever telling voters how he felt about the AHCA (he told donors behind closed doors that he was for it). He certainly won’t have that luxury in 2018, and neither will incumbent Republicans. Similarly, Gianforte’s biggest—and perhaps only—asset in his campaign was Donald Trump. He campaigned with Mike Pence and Donald Trump Jr. and tied himself to the president in every way except health care. Trump may be an albatross, not an asset, for Republicans like Gianforte in 2018.

In Quist’s case, he outperformed Hillary Clinton substantially—she lost the state by 20 points. But he underperformed fellow populist Steve Bullock, who was elected in 2016, and outperformed Clinton by a staggering 24 points. (He also beat Gianforte.) If Jon Ossoff, a more corporate and wishy-washy Democrat, wins in Georgia, there may be an intra-party fight about which kinds of candidates the Democrats should recruit. But again, special elections are weird.

Quist running ten points behind Bullock may simply be a sign that the tax cheat ads really hurt the cowboy-singing Democrat. Republicans poured money into Montana to provide cover for Gianforte’s many weaknesses as a candidate—and that was before he was charged with assaulting a reporter. Democrats, meanwhile, were characteristically slow to grasp that the seat could be in play and never came close to meeting the GOP dollar-for-dollar.

Most people believe that the Republicans are screwed in 2018. They probably are. But in Montana, in a race that should have been defined by health care, the Democrats weren’t able to prevail or even get particularly close. If Quist had lost by four points or fewer, the take would have been simple: Democrats can sit on their hands and still win 50 seats. He didn’t and his loss should be a wake-up call.