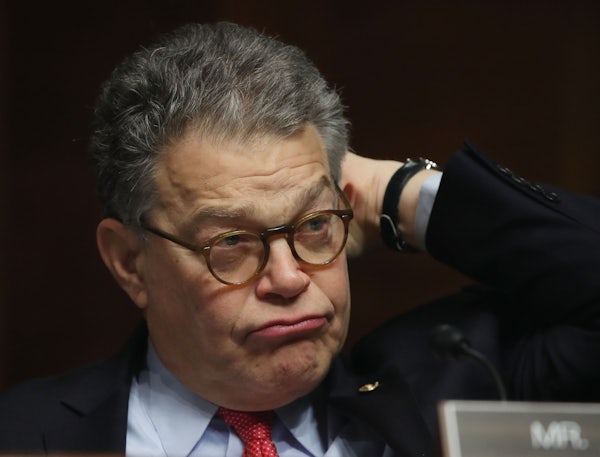 In his very good and very funny new memoir, Al Franken, Giant of the Senate, the Democratic senator and former Saturday Night Live cast member recounts how he set aside humor to be taken seriously by voters. Now, after eight years with his head down on Capitol Hill, running every joke through what he calls the DeHumorizer™, he’s ready to make people laugh again. It’s an exciting development, and could even be politically valuable in taking on President Donald Trump.

Franken is getting good press for his book, but his media tour hit a snag on Wednesday after his friend and fellow comedian Kathy Griffin performed a faux Trump beheading, for which she has since apologized. Making the rounds on cable news, Franken was forced to condemn Griffin’s actions, even as he’s still planning to appear with her to promote his book. “I talked to her and she did make a very heartfelt, fulsome apology,” Franken told MSNBC’s Andrea Mitchell. “I think she was thinking she was making some artistic statement, but that image has no place in our political dialogue.”

Franken bears not a shred of responsibility for Griffin’s mistake, of course. But Minnesota Republicans are calling on him to cancel their joint appearance, and the conservative media is giving him heat, too. It’s ironic that just as Franken showed us the potential of political comedy, Griffin reminded us of how awful it can be.