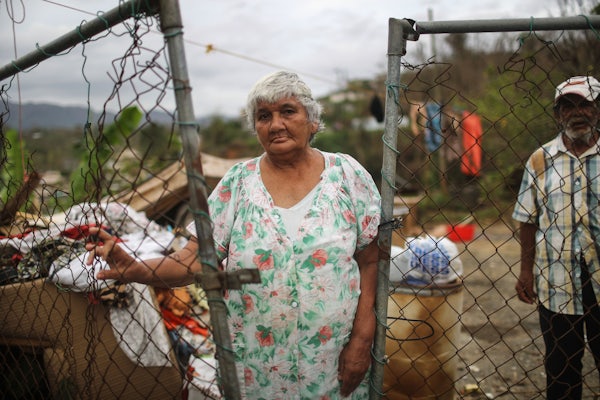 It was suspicious enough that the $300 million contract, as The Washington Post revealed earlier this week, had been awarded to Whitefish Energy, a tiny and unknown company based in Interior Secretary Ryan Zinke’s hometown in Montana. The Daily Beast then reported that Whitefish’s CEO is friends with Zinke, and that the company is primarily financed by a large donor to President Donald Trump. When San Juan Mayor Carmen Yulín Cruz expressed concern about the contract, Whitefish threatened to pull its workers out of Puerto Rico.

Reporter Ken Klippenstein has obtained a copy of the contract between Whitefish and the Puerto Rico Electric Power Authority (PREPA), and the details paint an even more egregious picture. Whitefish reportedly is charging $300 an hour for a subcontracted lineman; $462 an hour for a subcontracted supervisor; and $400 per worker per day for food and housing. The contract also shields Whitefish from legal liability if they screw up the job, and prevents government authorities from auditing the company, according to Klippenstein.

Nevertheless, the U.S. government is scrutinizing PREPA’s decision to award such a large contract to such a small and deeply shady company. Puerto Rico Governor Ricardo Rossello has asked the Department of Homeland Security’s inspector general to review the contract, and a congressional committee is investigating whether any “inappropriate conduct” led to the decision. The Federal Emergency Management Agency has also said it has “significant concerns” with how PREPA procured the deal.

It doesn’t take a government investigation to know that this contract is deeply flawed, but it will fall to the government to do something about it. The stakes could not be greater. Most Puerto Ricans have gone more than a month without power. They need their electricity as soon as possible, not another disaster-relief debacle to compound their misery.