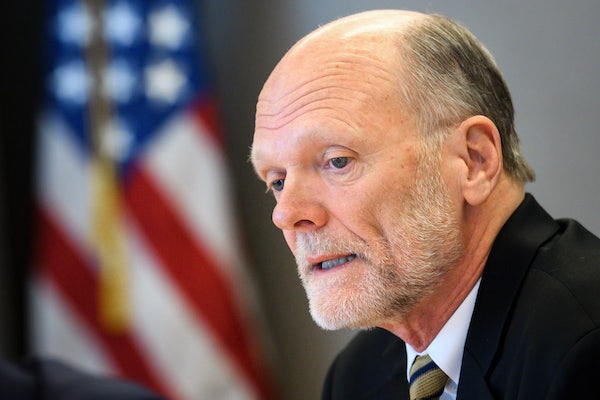 The U.S. loses leadership of the International Organization for Migration.

Humanitarian professional Ken Issacs, the Trump-tapped U.S. nominee to helm the International Organization for Migration, lost out on Friday in the race for director general at the United Nations–related agency. Trailing behind Portugal’s Antonio Vitorino and Costa Rica’s Laura Thompson, Issac’s lost marks the first time in more than five decades a non-U.S. leader will lead the IOM.

Issac’s defeat potentially signals an international response to America’s self-exclusion from participating in global affairs under the Trump administration. Just last week the United States withdrew from the UN Human Rights Council. Trump’s decision to break the multilateral Iran nuclear deal, to initiate trade wars in defiance of international agreements, and to attack the EU and Canada ahead of the G7 summit earlier this month, too, underscore Trump’s “America First” policies.

The country’s human rights record—especially with recent family-separation policies at the border—is also increasingly at odds with the IOM’s mission statement of creating and maintaining “humane and orderly migration” to benefit migrants and society. The United States is the only state party in the UN not to have ratified the Convention to the Rights of Children; it also has yet to sign on to the International Convention on the Protection of the Rights of All Migrant Workers and Members of their Families. Isaacs himself was also very much a symbol of Trump-era policies, his tweets having drawn attention for anti-Muslim sentiment, disbelief in climate change, and support for Trump’s wall on the southern border.

In recent weeks, individual leaders of traditional ally states have begun distancing themselves from the U.S. Breaking with tradition to reject this nominee may likewise reflect the international community’s growing skepticism toward the twentieth-century superpower.