What the Oscar-tipped actor's recent roles say about women on the big screen. 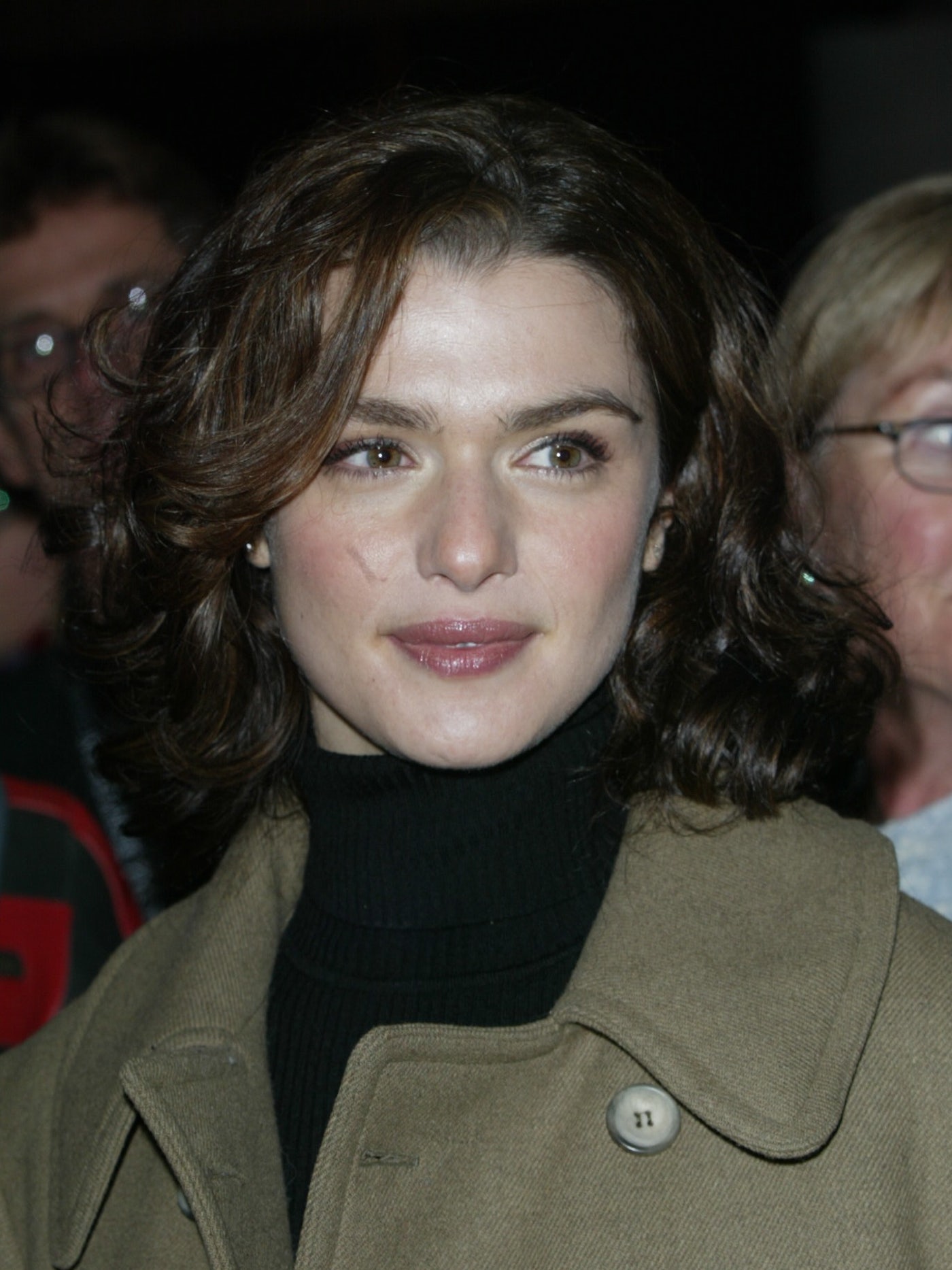 Rachel Weisz’s two recent performances as a queer woman—in Disobedience and in The Favourite—have cemented her new status as a powerful creative force in the industry. Disobedience was the first movie made by her production house, LC6, adapting Naomi Alderman’s novel of the same name about a romance between an Orthodox Jewish woman named Esti and the exile Ronit. Weisz inhabited Ronit with great eroticism and authenticity, to glowing reviews from mainstream critics and the queer community alike. Then, Weisz’s performance as a domineering eighteenth-century seductress in The Favourite struck an unusual note, apparently stirring dormant queer feelings in every straight woman in America. The Twitter jokes were aptly summarized by a post on the satire site Reductress, titled, “Woman Cozily Cupping Mug Secretly Thinking About Getting Absolutely Railed by Rachel Weisz.”

Combined with her ability to light up historical pictures (My Cousin Rachel) and her avant-garde credibility, Weisz’s lesbian turn has elevated her to a new level of Hollywood seniority. Playing queer has raised her intellectual status, as it has also done for Jake Gyllenhaal, Tom Hanks, Hilary Swank, and Sean Penn. Now a starter of cultural conversations in her own right, Weisz’s days as a girlfriend to the movie hero are over. And her evolution says a lot about what kinds of heroine we have been missing.

Some things about Rachel Weisz have changed over the past 35 years, but others have not. She appeared on Good Morning Britain as a young teenager in 1984, having hit headlines for turning down a role opposite Richard Gere in Bruce Beresford’s movie King David. Many years later Weisz would tell the Mirror that she’d “even got to the stage of having a fitting for a wig” for the job before her dad found out what was going on, and put his foot down. “He gave my mother an ultimatum,” she said. “If she didn’t withdraw her approval for the project, he said he would leave her.”

It sounds like a raw deal for a teenager, but at least it generated a few small-screen minutes. In them Weisz has the startled grace of a faun, if a faun had a cherub’s face. The presenter asks, Do you want to be an actress when you grow up? “I’d like to,” she replies. “I’m not totally sure yet.”

Weisz was born in London, in 1970, and raised in Hampstead Garden Suburb, a leafy neighborhood in the north of the city. Her mother is Austrian and her father Hungarian; like many of North London’s residents she was raised Jewish, cultured, and educated. Weisz and I attended the same senior school, North London Collegiate, although she was “asked to leave”—code for expulsion—due to her rebellious behavior. I hated the school and rebelled also, though I stayed: Her ouster has always made her seem mysterious and cool, as if she did what I was too afraid of.

She received her A Levels at St. Paul’s School for Girls, then left for Trinity Hall, Cambridge. Plenty of British actors come up through student theater and performance groups at Oxbridge, and they tend to be the well-spoken ones with shining eyes: Hugh Grant, Rosamund Pike, Thandie Newton, Tilda Swinton, Kate Beckinsale, and, uh, Sacha Baron Cohen (who was Weisz’s contemporary). Weisz did all the requisite student-dramatics activities, even taking a show to the Edinburgh Festival and winning an award.

Weisz’s early television credits are a mixed bag. In 1992 she had a wonderful turn on an episode of Inspector Morse. Next she co-starred alongside a dewy Ewan McGregor in the TV Stendhal adaptation Scarlet and Black, playing a deflowered youth who tenderly buries her lover’s guillotined head in a cave. Weisz began appearing in American movies in the mid-90s, with a breakout part in Chain Reaction with Keanu Reeves. A number of roles in middling British films followed, including I Want You by Michael Winterbottom.

In was in 1999, of course, that Rachel Weisz became a part of all our worlds, with the role of Evelyn Carnahan in The Mummy. Weisz makes the most of her clipped accent, accentuated by prim outfits and a pair of naughtily curvaceous eyebrows. Even when toppling on a library ladder Weisz has natural comic charm and a rosy, fresh-faced appeal; Brendan Fraser did look rather crude beside her, by contrast.

The Mummy and its sequel The Mummy Returns (2001) garnered enormous profits, catapulting Weisz into leading lady territory. Of her numerous films from the 2000s, About A Boy, The Constant Gardener, and Constantine stand out. In the first two of these movies, Weisz functions almost exclusively as a repository for the flawed protagonist’s love. Hugh Grant meets her at a dinner party, and with him the viewer must be suddenly, overwhelmingly captivated. It works, and the personality she somehow manages to infuse into this shell of a character helps to propel the weaker elements of the film along. Weisz won an Oscar for her performance in The Constant Gardener, which plays out in idealized flashback form in her widower’s mind. Here, too, she is extraordinarily lovable. In one scene she splashes merrily in a bubble bath, pregnant and happy—the viewer is delighted to imagine that the baby is ours, and she is our wife.

Constantine (2005) epitomizes the sillier side of Weisz’s career. Starring Keanu Reeves as a hardboiled detective in a kind of purgatory, the movie makes use of Weisz as a psychic who helps the hero save the world. She’s beautiful, she’s inoffensive, and she doesn’t really have to act very much.

These kinds of roles led to Weisz’s blurring among her 2000s peers. She briefly became almost indistinguishable from Rose Byrne, Kate Beckinsale, or Keira Knightley. It doesn’t take a lot of skill to be the kind wife from The Lovely Bones (2009), the scientist-girlfriend of The Bourne Legacy (2012), or a sweet girl named Summer in Definitely, Maybe (2008). Each of these roles is like her character in The Constant Gardener, in that Weisz plays a beauty who inspires affection in those around her, but that movie was made utterly distinct by her pairing with Ralph Fiennes and its direction by Fernando Meirelles.

And so two different Rachel Weiszes are apparent: the eye candy who can fit herself into any sort of feminine template, fading neatly away into the background, and the serious actor who can transform a woman-shaped cutout into a living, breathing human being. It all depends on how good her colleagues are, and how much intelligence they ask of her.

A turning point in Weisz’s career came with The Lobster (2015). Directed by Yorgos Lanthimos, the movie shows single people visiting a facility where they have 45 days to find a life partner, or alternatively be turned into the animal of their choice. She played Colin Farrell’s love interest, “Short Sighted Woman.” The eerie film swept the European festival circuit, winning the Jury Prize at Cannes. Weisz was superb in the role, which demanded a rich, suppressed humanity. She has not made a bad movie since (Denial (2016) and My Cousin Rachel (2017) were both solid), and Lanthimos would later cast her in The Favourite, her finest picture to date.

Three and a half decades after her first TV show appearance, Rachel Weisz still has the coltish grace but none of her teenaged self’s reticence. After reliably trudging through the 1990s and 2000s as a pretty sidekick in movies about men, Weisz has managed to unlock a level of success rare among actors, let alone the “girlfriend” type. She already has one best supporting actress Oscar, for The Constant Gardener, and this year she’s nominated for the same award for her portrayal of Lady Sarah Churchill in The Favourite.

It’s hard to say who should get the “credit” for an actor’s work. Of course, Weisz deserves all the credit for Disobedience, which she herself adapted for the screen, and she doesn’t deserve to have the stupidity of The Bourne Legacy laid at her feet—she just followed the script. But those basic facts seem to indicate that an actor’s worth is all in the hands of the producers and director, which doesn’t quite fit the bill.

In the end, the only real power an actor has over her career lies in her ability to choose—if she’s lucky. In decades to come, Rachel Weisz’s choice to elevate intelligent lesbian narratives is going to be seen as a historic moment in Hollywood. The key word here is intelligent: neither of her gay roles have anything like the gaudy foolishness of Blue is the Warmest Color or the nostalgic tint of Carol. Mainstream cinema about lesbians has long been near-irredeemable. From Chasing Amy to the gay bits of Black Swan, queer relationships between women have tended to work as ciphers for male desire, or strained metaphors for male genius. Either that, or a vague pretext for murder—see: Heavenly Creatures (1994), Monster (2003).

So, one wonders why it took this long for a wise actress to do this work. The inspiration seems to have been with Weisz for a while: In a 2009 interview, she said, “I want to be a lesbian icon.” The interviewer asked Weisz about a 2008 English newspaper poll naming her a lesbian viewers’ favorite. “It’s fantastic, don’t you think?” she said, adding that she would be keen to play a lesbian on screen. “Something like Ang Lee did [Brokeback Mountain] with a history of women.”

She told The New York Times in 2018 that she’d done a lot of research on lesbian love stories, reading “a cycle of pulp fiction novels from the ’50s called The Beebo Brinker Chronicles by Ann Bannon” and “a French lesbian novel called The Illusionist by Françoise Mallet-Joris about a girl who has a love affair with her dad’s older mistress.” On the press circuit, Weisz has not glorified herself as the savior of queer women, or been anything less than joyful in her accounts of what her lesbian roles were like—as the glorious and viral supercut of her “Supporting the Gay Rights” attests, in detail.

In the end, the viral supercut is just the key to understand the Weisz phenomenon. She’s respectful, she’s enthusiastic, and somehow she manages to convey the feeling that her work is in service of the queer community, rather than performed on our behalf. It’s not rocket science, perhaps, but it’s a feat that nobody (pace Timothee Chalamet) in recent years has managed to quite pull off. We underestimated the woman who fled scarab beetles in 1999, and every unobtrusive girlfriend she has played since. Queer roles are a simple way to take the female love interest out of the margins, and bring her into the center. “I really enjoy all the thousands of movies I’ve seen about men,” Weisz told the Times last year. We are lucky that her imagination goes further.