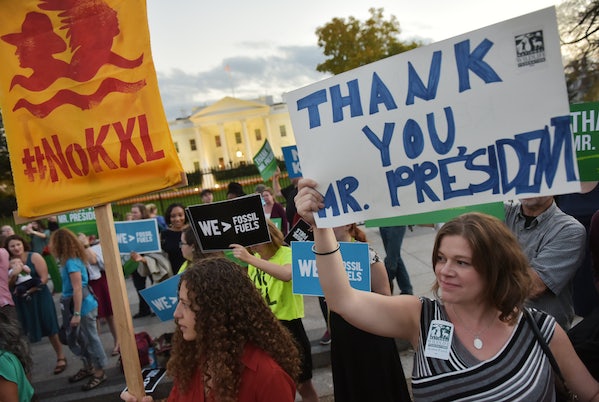 The company behind the Keystone XL pipeline wants its money back for losing.

If you thought the pipeline battle was over when President Barack Obama ruled against it this fall, sorry to disappoint. As of Wednesday, TransCanada filed two lawsuits to recoup its losses for what it calls an “arbitrary and unjustified” decision. Given that Keystone is (mostly) dead, TransCanada wants not only to get the $4.3 billion it invested back, but more than $15 billion for “costs and damages.”

One suit is in a U.S. federal court in Texas, claiming that Obama’s decision exceeded his constitutional powers, while the other is registered under the North American Free Trade Agreement (NAFTA). Its NAFTA claim asserts TransCanada, expecting approval, should receive payback of $15 billion for full “costs and damages that it has suffered as a result of the U.S. Administration’s breach of its NAFTA obligations.” In the meantime, it is writing off a loss of about $2.5-2.9 billion on its taxes.

There were rumors the company was considering lawsuits as a Plan B as early as August. TransCanada is facing other troubles as continued low oil prices cut into the company’s profits, leading to layoffs.